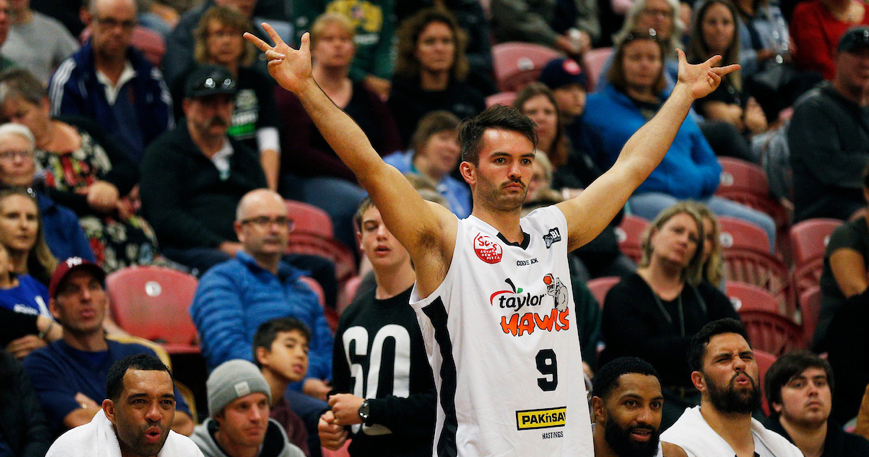 The Hawke's Bay Hawks have continued dropping triples at a relentless rate in a masterful 134-107 thumping of the Manawatu Jets.

Hitting 20 treys from a staggering 48 attempts came just days after going 19/38 from long range against Nelson Giants in another big win last Thursday night. Such is the shooting form from deep by the Hawks that other teams are going to have to wake-up sooner rather than later and start pushing their defence higher.

Up by 7pts after the first quarter, then by 12pts at the half, the Hawks didn't let-up down the stretch, going on to take the homers in the second half 72-57.

Stats That Matter -The Hawks continue to enjoy shooting from long range, this time dropping 20 triples from a staggering 48 attempts. Take note - if you don't get out to the Hawks, they're going to shoot, shoot, shoot!