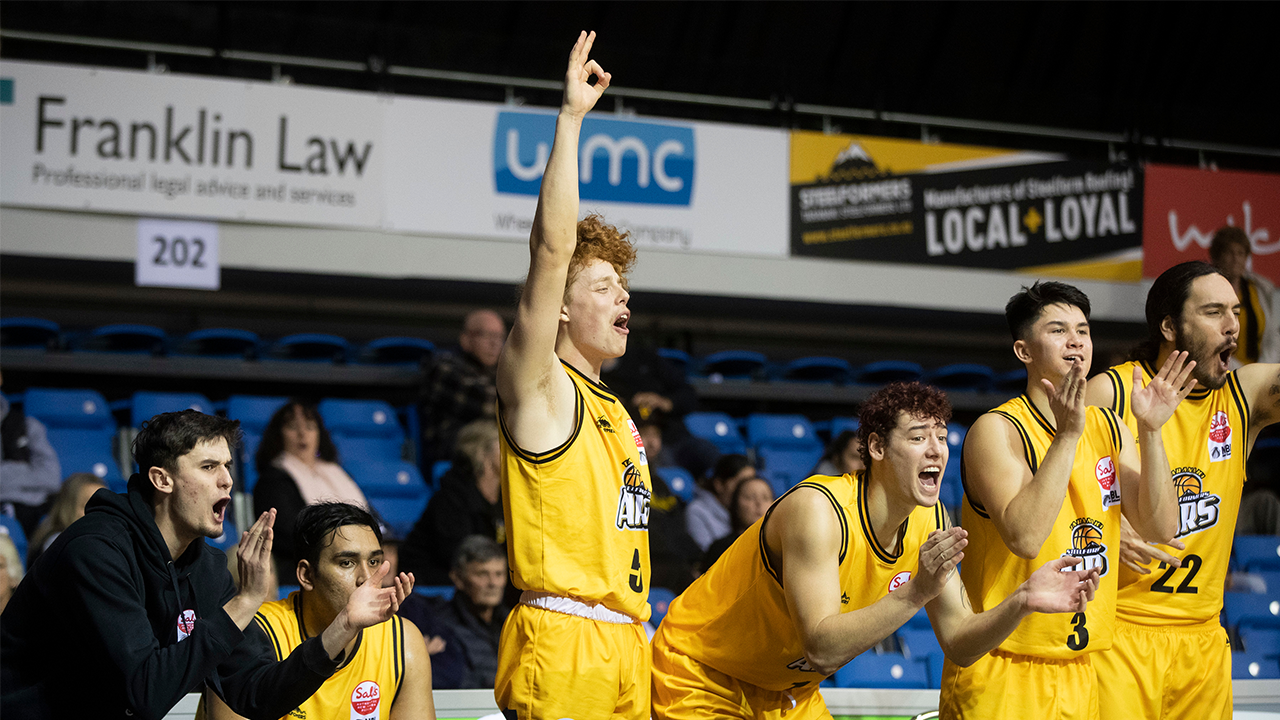 The Steelformers Taranaki Mountainairs snapped the EnviroNZ Franklin Bulls four-game winning streak in the Sal’s NBL Showdown with a 102-88 victory in the late game at The Trusts Arena on Tuesday night.

Entering the game, the Airs boasted the most potent offence (averaging 102.5ppg) and the Bulls the stingiest defence giving up just 76.8 points per game. Something had to give and unfortunately for the Bulls, it was their defence which was particularly porous in the first half.

Marcel Jones had a huge outing for the Airs, claiming 29 points, nine rebounds and six assists. Derone Raukawa had another stellar game adding 21 points and a game-high 10 assists, whilst there were nice cameos from Shane Temara (12 points), Tai Wynyard (10 points) and Kenneth Tuffin (10 points and eight rebounds).

Despite falling behind by as many as 30 points, the Bulls didn’t buckle and were well served by Isaac Davidson (19 points) Dom Kelman-Poto (18 points and 10 rebounds), Sam Timmins (12 points) and the lively Jackson Stubbins who added 3 steals and six assists to go along with 11 points.

The Airs began the game in a hurry rushing to a 31-17 lead after 10 minutes – three from three from beyond the arc by the excellent Jones.

Taranaki's forward made it four from four from distance in the next period and when Wynyard, returning after a bout of food poisoning, scored inside it was starting to get ugly for the Bulls trailing by twenty points.

Temara added to the Bulls woes before Nick Barrow finally scored for the Franklin club to end a 4-30 scoring drought.

Timmins and Stubbins made back-to-back scores, but it did little to disrupt the Airs progress – their lead a massive 56-29 at half-time.

A put-back dunk from Timmins thrilled the local supporters and with Barrow and Davidson adding points the Airs lead was down to 14 points (66-52).

Raukawa and Tuffin stretched the advantage again – the Airs shooting a rarefied 62% from the field and ahead 80-60 at three-quarter time.

Threes from Chris McIntosh, Connor Woodbridge and Davidson trimmed the Jets lead to 89-77 with just under 7 minutes to play - the Bulls on the charge.

Jones steadied the Jets with a turn-around-jumper, but a Timmins one-handed jam was an emphatic reply. The Bulls late run was commendable but that slow start was just too great to rectify.

The Bulls and Airs both now have four wins and three losses, sitting joint-top of the Sal's NBL ladder.