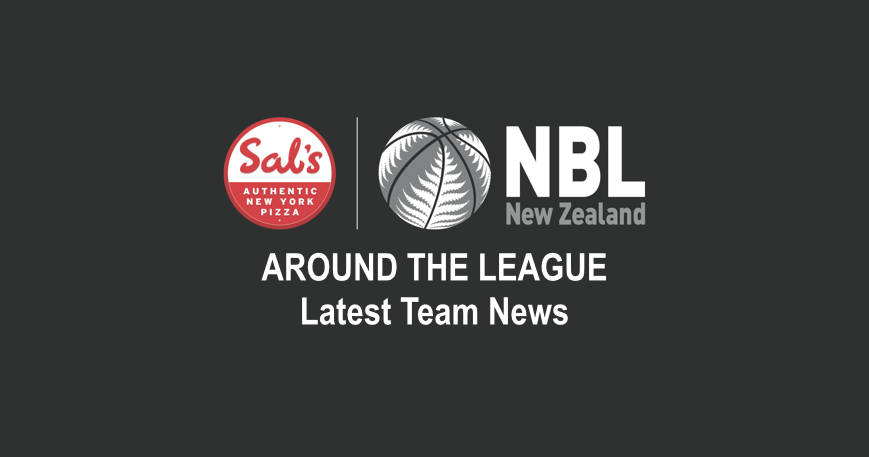 AROUND THE LEAGUE: All The Latest Team News

With just five weeks to the start of the Sal's NBL 2019 season all nine teams are starting to assemble for pre-season training. For some, recruiting is just about done, while for others we are still eagerly awaiting updates on their respective roster. Here's the latest team news.

The Taranaki Steelformers Mountainairs have been extremely active in recent weeks and already have nine players signed for the season.

The Mike Pero Nelson Giants have been one of the most active teams in recent weeks and from all reports will finalise their roster with a couple of big announcements in the coming week.

The Taylor Hawks are yet to make any official player announcements.

The Southern Huskies have created plenty of news ahead of their first season in the Sal's NBL and with plenty of player signings already announced, it's fair to say the Huskies come in with big expectations.

The Manawatu Jets have announced three players to date with more news set to be delivered shortly.

The Wheeler Motor Company Canterbury Rams have delivered plenty of activity so far as they gear up for a competitive season. Question is, will we see a third import?

The 2 Cheap Cars Supercity Rangers are another with little news to report just yet, but that doesn't mean they haven't been active. Expect some big announcements in the coming week.

The Cigna Wellington Saints will be keen to go one better this season and have started assembling another competitive roster that should see them competing for more silverware. With lots of roster spots left to fill, get ready for some big announcements in the near future.

The SIT Zero Fees Southland Sharks are assembling another competitive roster as they set about defending their 2018 championship. With a number of spots yet to fill, don't be surprised if the Sharks land another few big names yet.