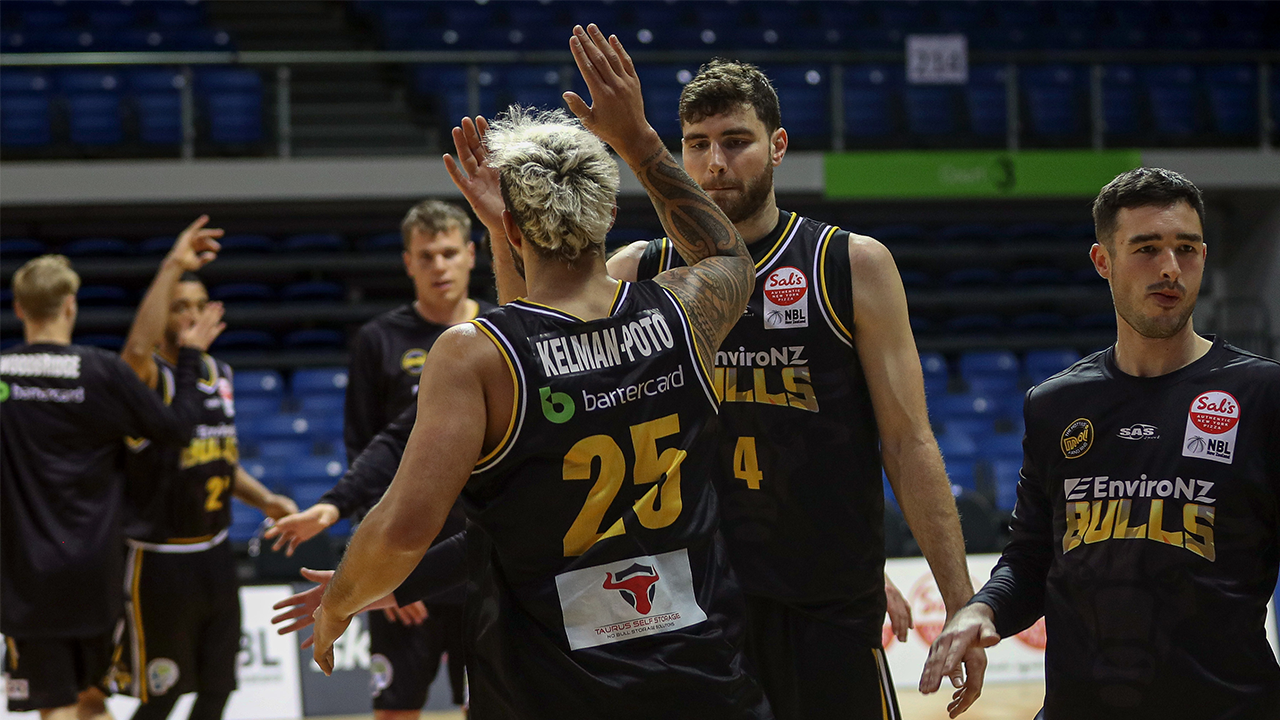 The EnviroNZ Franklin Bulls responded positively after their defeat to the Auckland Huskies the previous day with an 82-70 victory over the Mike Pero Nelson Giants.

Thane O’Leary, having incurred a shoulder injury in the opening game of the season, made a welcome return to the Giants line-up. Along with young centre Josh Leger, the pair did a good job containing Sam Timmins although Kelman-Poto’s 10 points eased the Bulls to a 28-18 lead in the opening period.

A Bensemann triple and Ingham pull-up jumper initiated the Giants scoring in the second quarter and with Tom Gargiulo navigating his way through the paint the Giants were in touch trailing 35-28 deep into the first half.

With Nikau McCullough and Kelman-Poto having the final say of the half, the Bulls headed to the locker room with a 41-28 advantage.

Brooks and Johnson made buckets for the Giants, but McIntosh and Vaiangina kept the Bulls in the ascendancy; 57-43 ahead with four minutes to play in the third frame.

Zeb Lovell and McIntosh scores cancelled each other out but Davidson’s buzzer-beater to conclude the third stanza meant Franklin were 70-51 ahead.

The Giants stuck to their task in the final quarter but couldn’t make much impression on the Bulls lead. Nelson slips to 3-7, the Bulls are now 6-4 and firmly inside the top-three on the ladder.