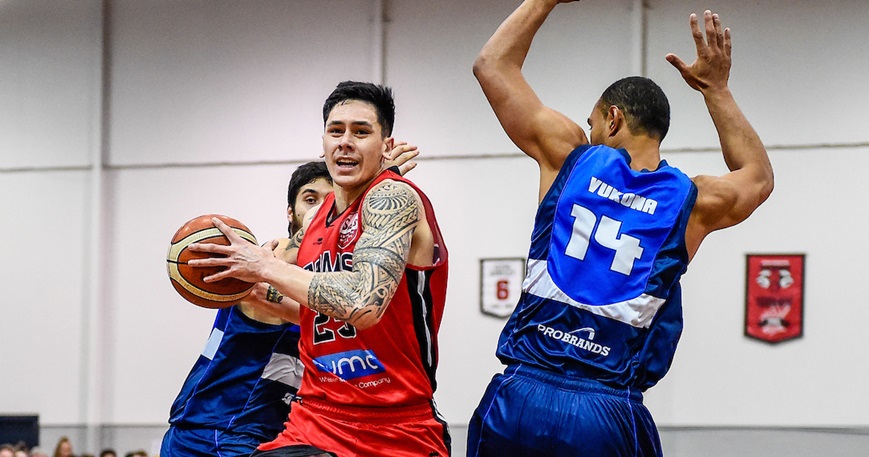 The Wheeler Motor Company Canterbury Rams would like to announce the return of Tony Tolovae, for the 2019 Sal’s NBL Season. This announcement comes as new Rams head coach Mick Downer’s first player signing. Mick Downer, who is currently the assistant coach for the Brisbane Bullets with 11 years of ANBL experience and Australian Boomers experience as an assistant coach at the Rio Olympics. Tolovae is currently playing for the Gimie BBK club that plays in Norway’s 1st Division professional league.

Tony Tolovae started every game for the Rams in 2018 and is a 5 year veteran in the Sal’s NBL along with 2 seasons in the ANBL with the Illawara Hawks and Sydney Kings. Tolovae is performing well at Gimie BBK in Norway averaging 16 points and 5 rebounds per game. Tony has helped take Gimie BBK from the bottom of the Norwegian League to 1st place in just 1 season since his arrival. Tolovae will join the Rams after the conclusion of the Norway season in early April. Tony was part of the New Zealand Select tour who toured China last year and is part of the wider Tall Blacks Squad.

“We are really excited as a club that Tony is returning to the Rams this season after he completes his time in Europe. From the first conversation with him it was apparent that he is a great culture guy and happy to do whatever is needed for the team to be successful. After watching some games from last year and talking to fellow coaches it’s apparent that Tony’s versatility at both ends of the floor will really suit the style of game we want to play this year at the Rams,” stated Rams head coach Mick Downer.

Tony is very well known to Canterbury Rams fans having played for the side in both the 2014 & 2018 NBL season’s. Tony also plays for the University of Canterbury men’s premier team in the Canterbury Basketball Association club basketball league. Tony is known for his defence, rebounding and ability to play multi-dimensional on the offensive end.

The Rams are coming off a season in which 6,000 attended the Rams vs Saints game at Horncastle Arena which was a Sals NBL Record Crowd. The team is looking forward to taking 2 games to Horncastle Arena in 2019. Stay tuned regarding team announcements including season membership sales being released on 4th February.