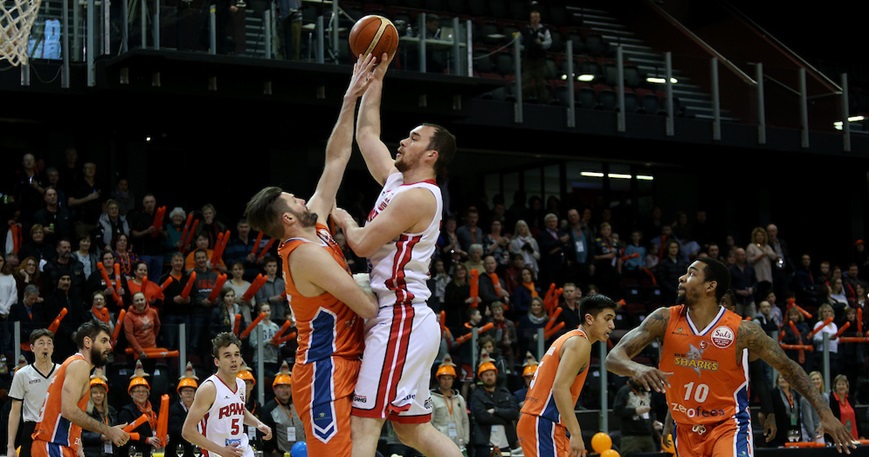 The Wheeler Motor Company Canterbury Rams would like to announce the return of Mike Karena for the 2019 Sal’s NBL season. This announcement comes as new Rams head coach, Mick Downer’s second playing signing, with returning Rams player Tony Tolovae announced earlier. Mike has played for both the Rams and the New Zealand national men’s team.

Mike Karena returns for fourth season with the Rams. In between Sal’s NBL seasons Mike has been playing in the LEB Silver and LEB Gold Leagues in Spain. This year Mike has spent the off-season in New Zealand training and preparing his body for the 2019 New Zealand season. Karena is coming off a season where he averaged 11 points and 5 rebounds. He played his University basketball at Wright State in the US College season before returning to the Rams. Mike grew up in Kaiapoi, North Canterbury and played in high school at Nelson Boys College. Mike was part of the New Zealand Select tour who toured China last year and is part of the wider Tall Blacks Squad.

“It's exciting to have Mike return to the Rams this season as the anchor of our club. Successful teams often feature a dominant post presence and with Mike we have this focal point. He is highly motivated this preseason to come in a little leaner and is also honing his skills as he works towards taking his career that next step. I’m really excited about helping Mike continue to improve his game. Although he has been playing many years he is just entering his prime as a professional and the best is yet to come,” stated Rams coach, Mick Downer.

Mike is very involved with the community coaching with the Rams In-Schools & Mentoring programme. Most recently Mike was a guest coach at the Rams & Wildcats camp and at the local Wharenui Gators camp.

The Rams are coming off a season in which 6,000 attended the Rams vs Saints game at Horncastle Arena which was a Sals NBL Record Crowd. The team is looking forward to taking 2 games to Horncastle Arena in 2019. Stay tuned regarding team announcements including season membership sales being released on 4th February.