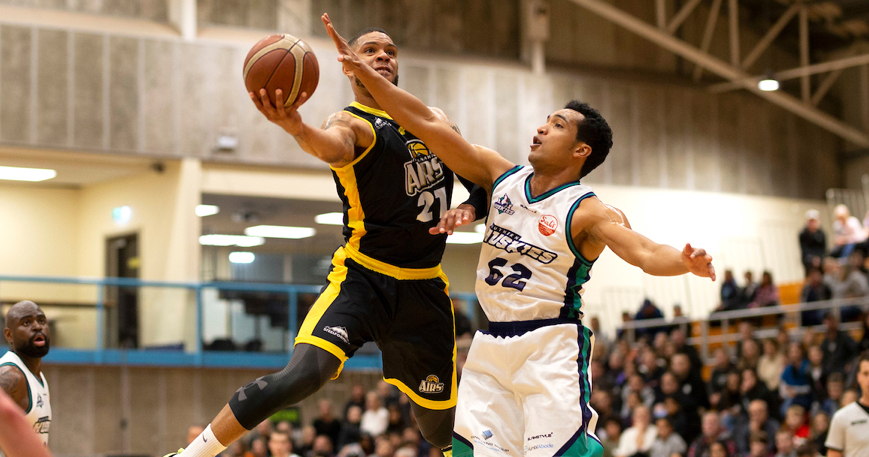 The Sal's NBL is set to undergo an exciting reform for season 2020 with a Competitive Balance System (CBS) expected to be rubber-stamped by the League at a Board meeting next week following the blueprint being unanimously accepted by the teams last month.

The planned five-year CBS will include a minimum and maximum amount of money teams can spend on players, along with subsequent penalties for failing to do either, or for breaching the system.

Stringent control will be put in place including all player contracts having to be tabled for approval by the League.

After being cleared by the NBL Board and endorsed by the teams it is now expected to be fully approved next week.

"It's a very positive step forward for the Sal's NBL, a move that is required to ensure our teams are sustainable and operating with fiscal responsibility," explained Nelson.

"This is also a move that the fans want, hands down. I get to as many games as I can each week and I always stop and speak with the fans and ask them what they do and don't like about the league? The message from them has been loud and clear - they want an even playing field and for the teams to be sustainable long-term.

"The gap between the lowest and highest paying teams needs to be closed and the Competitive Balance System will do that over the next five years. Importantly, the system is as much about raising the bar and lifting the lower levels, as much as it is about ensuring we don't have a lopsided competition due to the ability of some teams to spend more money than others," Nelson added.

Similar to other systems in sport across the world, the NBL's system will include a tax for overspending, there is also a special allowance available to all teams for the recruitment of a marquee player, and in a bid to raise standards there will be a minimum amount of money teams must spend on their playing roster.

"The majority of teams asked for a sustainable system that would help improve the competitive balance across the league and we believe this system will help greatly in doing that," said Nelson, adding "All player contracts will now have to be tabled with the league for approval and the penalties for breaching the CBS rules will be substantial, and can be retrospective," said Nelson.

"There was a strong demand for this by the teams and we would expect all of them to abide by the rules that they themselves have help set. We don't want teams coming and going due to financial pressures, the health and sustainability of all teams in this league is of the highest importance to me."

Once final approval has been given it is expected the teams will receive the go-ahead to start planning for season 2020 and beyond based on the new system. In particular, the timing of the Competitive Balance System is perfect for any of the current six new teams hoping to join the Sal's NBL.

"It's important that all current teams, and any new teams coming in, can plan ahead with confidence. We wanted to make sure the CBS was in place early enough to help with that planning and also to give everyone, including the fans, a level of confidence that we are working damn hard to make this league even more competitive and balanced," added Nelson.

"Basketball is booming across New Zealand and everyone across the Sal's NBL wants to make sure we are delivering competitive and sustainable elite-level action for many years to come. Our biggest and best years are still ahead of us."