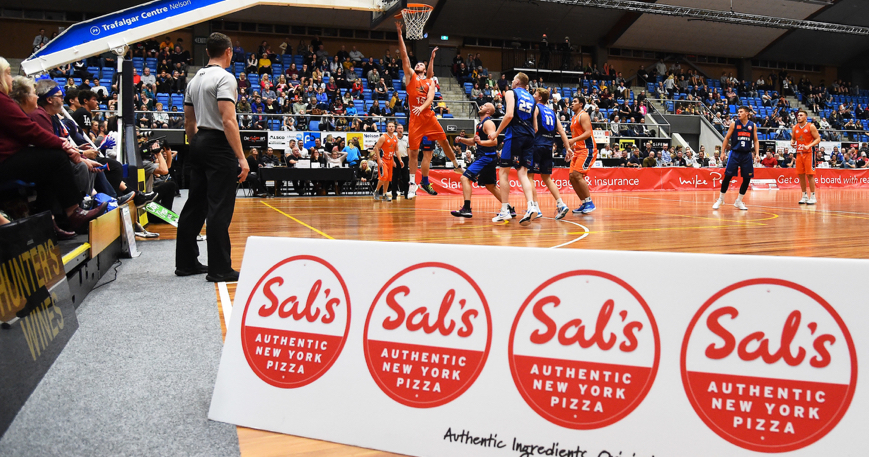 With five games ahead of us in R4 of the Sal's NBL, let's look at the biggest questions in this week's Fast Five.

Q: Are the Huskies the real deal or will they be making up the numbers in 2019?

A: With Marcel Jones joining the fray this Saturday night the Huskies finally have their complete roster together, and what a great chance they have of fully testing their unit when the high-flying and unbeaten Saints pay them a visit. With a 4-0 start to the season the basketball experts are already tipping the Saints will clean-sweep the season, but such feats are easier said than done. Yes, the lads from Wellington stitched up the Huskies back in R2 to the tune of 27pts, but this time the travel factor is on the other foot and is worth a few extra credits for the home team. Will we see an upset? Can the Huskies send a warning to the rest of the league? Both teams are at full strength so we will finally get a very good idea of what the Huskies are capable of. To be the best you have to beat the best. Game on!

Q: Are the Hawks genuine contenders in 2019?

A: Despite only having star recruit Daniel Kickert for 12 minutes thus far, the Hawks find themselves at 3-1 and on a 3-game winning streak as they head to Christchurch for a dose of Thursday Night Lights against the Rams (live on SKY and Prime TV from 7:30pm). The addition of Angus Brandt to cover a rehabilitating Kickert could prove a masterstroke, especially if the Hawks topple the Rams, and right now you can't help but be impressed with the form of Ethan Rusbatch and EJ Singler. If this star duo can maintain their current form there is little reason to doubt the validity of the Hawks when it comes to talking about a title. A win against the Rams will only raise those Final 4 aspirations.

Q: Will the travel factor be a topic of discussion when the Rangers play Nelson?

A: If the Rangers get blown off the court down in Nelson then we can expect talk of the 'Tassie Trip' rising to the surface. While NZ teams are accustomed to the journey south to Invercargill, the Tasmanian adventure is new and shiny, and right now we don't know how teams will pull-up on the 'other side' of the trip. The Supercity Rangers are the first ones through the door, so to speak, so all eyes will be on them as they try and put four quarters together against the Giants.

Q: Is there pressure on the Sharks this week?

A: In short, yes ... and plenty of it! With the news that Mitch McCarron has headed home for knee surgery, the Sharks are a bit lighter on this round and they face two teams desperate for a win in the Airs and Jets. On paper the talent in orange should deliver two wins, but not everything goes to plan at times and you only need look back to R11 last season when the Jets upset the Sharks 94-91 in Palmerston North. After a humbling loss to the Saints last week, the pressure to respond is high for the Sharks and they know that two young and eager teams are waiting for them.

Q: If the Giants beat the Rangers, is a 3-1 record from 4 games at home an acceptable start?

A: Absolutely it is, in fact it provides the Giants with the perfect springboard at they then tackle 5 of their next 6 games away. Despite a R2 loss (91-100) to the Sharks, where the Giants played very well for the most part, if they can get past the Rangers they will have completed the first four rounds with a 3-1 record and that will have them well placed. However, should they drop this week's game to the Rangers we will soon be talking about their opening to the season far differently. Pressure is on, but they look like a team more than happy to tackle that pressure head-on.