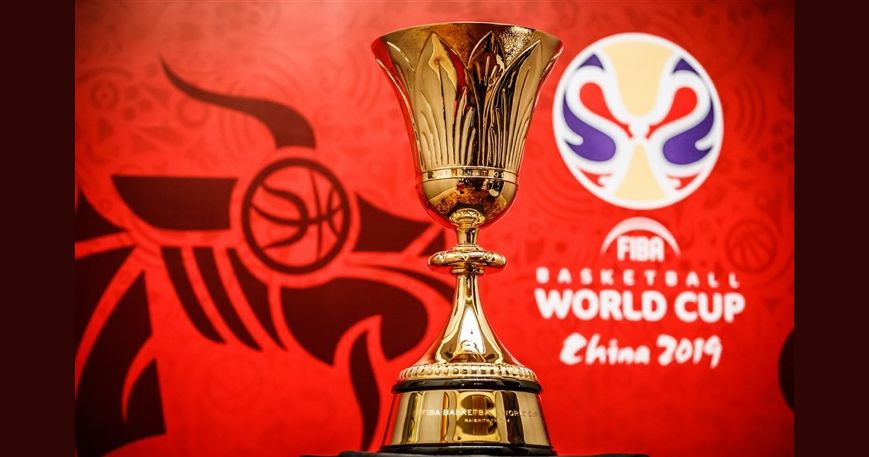 The Sal's NBL Final 4 in Christchurch (July 20/21) will have a very special visitor with FIBA announcing that the FIBA Basketball World Cup Naismith Trophy will be on display at the event.

With less than 100 days to go before the start of the FIBA Basketball World Cup 2019 n China, the global Trophy Tour, presented by Aeroflot, has been officially launched.

The Trophy Tour sees the FIBA Basketball World Cup Naismith Trophy - named in honor of basketball's inventor, Dr James Naismith - embark on a journey across the globe for the first time, making stops on all continents, in a total of 24 countries.

Basketball's biggest prize will be displayed in iconic locations and appear on television. Fans will have the opportunity to get their photo taken with the piece of silverware which the world's best team and biggest players receive in celebration of being crowned world champions.

"Everyone is looking forward to the Tall Blacks playing in the World Cup and by having the trophy at the biggest weekend of our NBL season it will really increase the excitement and buzz around what is coming up this September for Coach Paul Henare and his team in China."

The Sal's NBL Final 4 will be played at the 6,000-seat Horncastle Arena and Nelson said with the competition reaching the halfway mark of the season, now is the time for fans to make sure they lock-in their seats at what he promises will be a big weekend.

"We have a fair bit planned for the event, and now having the World Cup there for everyone to see and have a photo with is icing on the cake. It really is an incredible opportunity for the fans," said Nelson.

"We already have a few teams starting to look like they will be a part of the action, so I think the fans need to get in early and make sure they secure a seat."