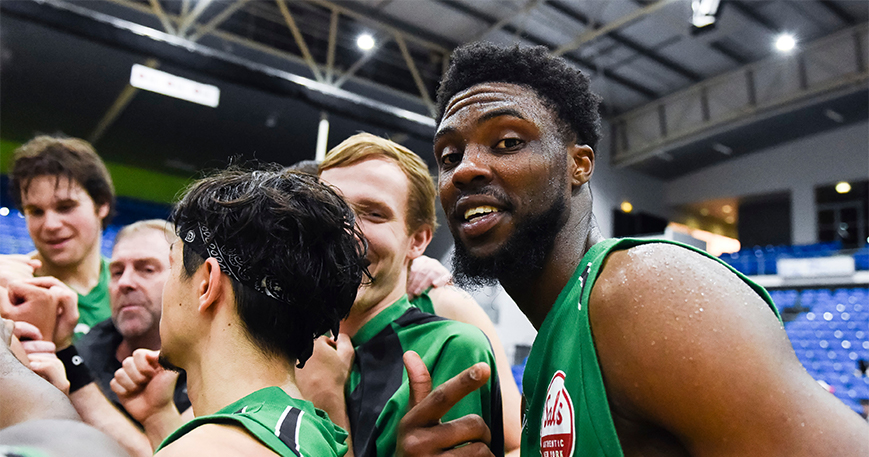 The Manawatu Jets have completed their playing roster with the signing of last year's Sal's NBL Rebounding Champion, Kuran Iverson.

The 2.06m tall Iverson was one of coach Tim McTamney’s most potent weapons last season. Iverson is a versatile, exceptionally skilled and athletic player at his height and position.

“Quality big guys are at a premium. Kuran offers a package involving incredible quickness and athletic ability combined with a skill set that no other forward/centre in the NBL possesses. He creates match-up nightmares for almost every team we will play in 2019. I am really pleased to have him back, he rounds out the roster perfectly.”

Iverson was among the top point guards during his time in high school. It is quite likely many of his skills are inherited genetic traits, as he is the cousin of Hall of Fame NBA legend, Allen Iverson. As his college career progressed, Kuran gradually moved into more traditional roles for a player of his size, playing as the starting power forward on a powerful Rhode Island University team. He then played a similar role for the Toronto Raptors G-League affiliate, the “905”, before McTamney offered him the opportunity to play in New Zealand and insisted he use the dormant skills that were so evident as a young player.

“Coach suggested that some of my skills weren’t being utilised enough and told me his plans for how he wanted me to play. It sounded great to me, I love handling the ball, making passes and creating opportunities for my team-mates to score. So I ended up in New Zealand last season and really enjoyed my time there. It looks like Coach has worked hard at assembling a great group of young guys, developing the returning players and I will do whatever is needed to help us be better.”

McTamney is very clear on how useful Iverson can be to his team, his versatility on the defensive end is just as impressive as his set of offensive skills.

“Kuran is the only player in our league who can legitimately guard positions point guard through centre, in today’s game that is invaluable.”

The Manawatu Jets had their first pre-season fixtures this weekend and McTamney was very encouraged with how his young men competed. Two well-fought losses against a polished Hawks Bay outfit and a near full strength Taranaki team showed they will be much improved in 2019. With captain Adam Carter, imports Anthony Odunsi, Wally Ellenson and newly signed Kuran Iverson yet to take the court, the team looks to have enormous potential.

McTamney continues to build his team with the long term viability of the Manawatu Jets in mind, with an emphasis on providing opportunities for young players to develop while creating a unique culture that encourages player growth and develops confidence.

“The Project” continues this coming Sunday when the Manawatu Jets take on the Hawks again, this time in Masterton, McTamney’s home town.

The regular season for the Jets takes flight on Thursday 11th April when they take on the Rangers at Fly Palmy Arena.