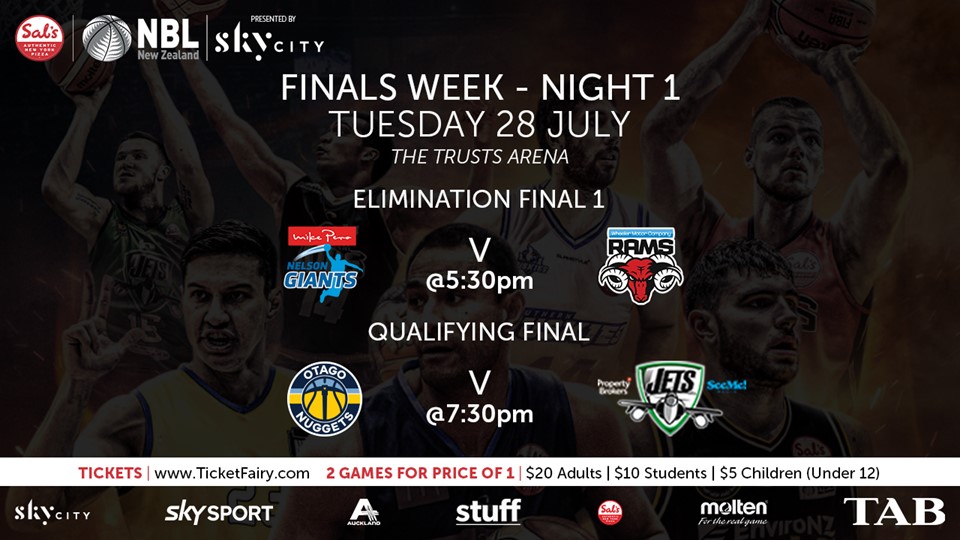 After 49 games the Sal's NBL Showdown regular season is behind us, now all attention turns to Finals Week with two games every night to entertain us and, just to add a bit of extra spice, at least one team will be knocked out of title race every night!

The opening night will see the Mike Pero Nelson Giants and Wheeler Motor Company Canterbury Rams battle in an Elimination Final from 5:30pm, while at 7:30pm the two top teams clash in a Qualifying Final to set the path for Thursday night's Semi-Finals … the Fluid Recruitment Otago Nuggets and Property Brokers, See Me Media Manawatu Jets have already met three times with the Nuggets triumphant on every occasion.

TICKETS: available at the door or pre-purchase at www.ticketfairy.com