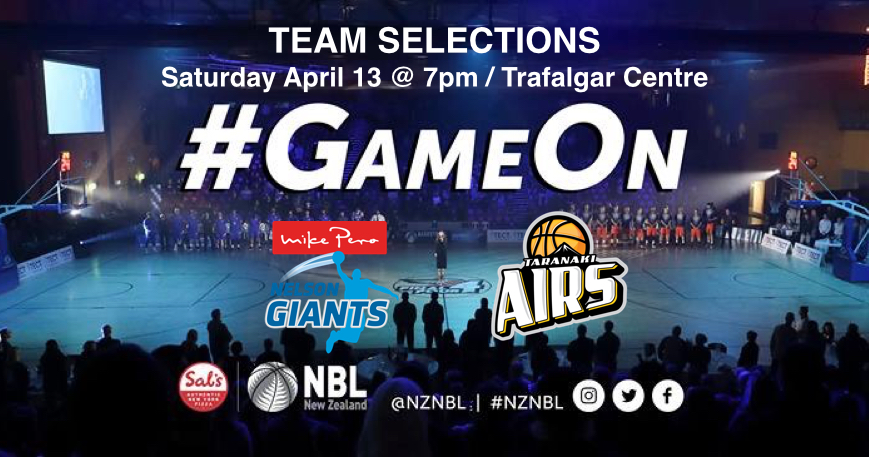 GAME PREVIEW
The Mike Pero Nelson Giants have lost key figures from the 2018 Final Four roster but have welcomed a mixture of youth and experience as replacements. Schoolboy star Kruz Perrott-Hunt will battle it out with import Jordair Jett for the lead guard spot left open by Australian International Kyle Adnam, while recent ANBL champion Rhys Vague will be occupying a forward spot in the absence of the injured Mika Vukona and European contracted Finn Delaney. New Head Coach Mike Fitchett hasn’t made it clear how we will use his roster but expect the unexpected as he adapts to the new environment. Last year was a down year for the Steelformers Taranaki Mountainairs, but following strong off-season recruitment they seem to be, on paper, back on track. The acquisition of Derone Raukawa means the team now has championship experience in their backcourt, and the signing of former crowd favourite Daniel Gomis adds size to the frontcourt. The Airs depth across all positions allows for a variety of different game-planning, so don’t be surprised if they’re in the hunt come the double digit rounds. A quality contest is expected here with plenty to learn about the prospects of both.

BROADCAST DETAILS
*Live on Stuff.co.nz at 7pm.
*Live on the TRIBE app at 7pm - download the app to your phone.

From The Coach – Mike Fitchett
It’s great to have the full squad here, and working hard.  We are all looking forward to Saturday Night.

From The Coach – David Bublitz
The boys have had a wonderful pre-season on and off the court with the team focusing on gelling as a unit and growing the bond in the team. We have been trying a few different things this year to really bring the whole squad together as one and we are looking forward to seeing this transfer on to the court.