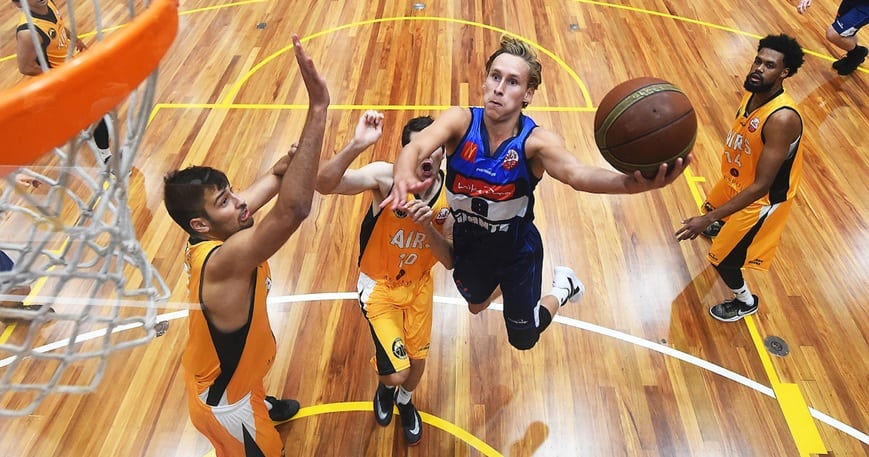 The Mike Pero Nelson Giants have got their fifth win of the season smashing the Augusta Mountainairs 91-58.

Kyle Adnam led the way with 22 points and Damon Heuir and Finn Delaney each added 18 for the Giants. Nelson got up early 21-11 after the first quarter, and would never trail, pushing their lead to as many as 36 points.

It was the worst offensive showing of the season for the Airs, their leading scorer for the season, Javonte Douglas, was held to seven points, shooting only 1/6 from the field. Airs centre, Xavier Smith, scored a team high 17 points, and Alonzo Burton was the only other notable scorer with 12 for the Airs, who shot 34% from the field.

Again, the Airs were shorthanded with one of their key players, Roger Woods, missing his second straight game. Taranaki did welcome back point guard, Houston O’Riley, who played nearly 15 minutes off the bench.

Nelson will have a day rest before they travel up to Auckland to play the 2 Cheap Supercity Rangers. Taranaki will have a quicker turnaround, playing Wheeler Motor Canterbury Rams tomorrow.

In Wellington, the Cigna Saints have had to hold off a valiant Go Media Jets 109-101. Shea Ili was the leading scorer for the defending champions with 31 points, also adding nine assists. Centre, Majok Majok, had a double-double of 26 points and 10 rebounds, and LJ Peak added 14 for the Saints who move to 4-1.

Kuran Iverson top scored for the Jets with 25, and after suffering a nasty head knock at the beginning of the game, Brandon Lucas, bounced back with 22 points. Point guard, Daishon Knight, scored 22 for the visitors who suffered their third straight single digit defeat.

The Jets came out firing early, leading by as many as 11 in the second quarter, but Wellington would finish strong to take a two point lead at halftime. After the break the home side would push their lead up to 14 in the early part of the fourth quarter. The Jets would get within six points with two minutes to play.

A three from Jordan Ngatai, followed by a dunk from Majok, extended lead back up to 11 which was enough to secure the win. Again, it was another scratchy performance from the Kevin Braswell coached side, and they will have to move up a notch on Sunday when they host the Taylor Hawks who will be ready to go after suffering a 30 point loss to the Sharks the week before.