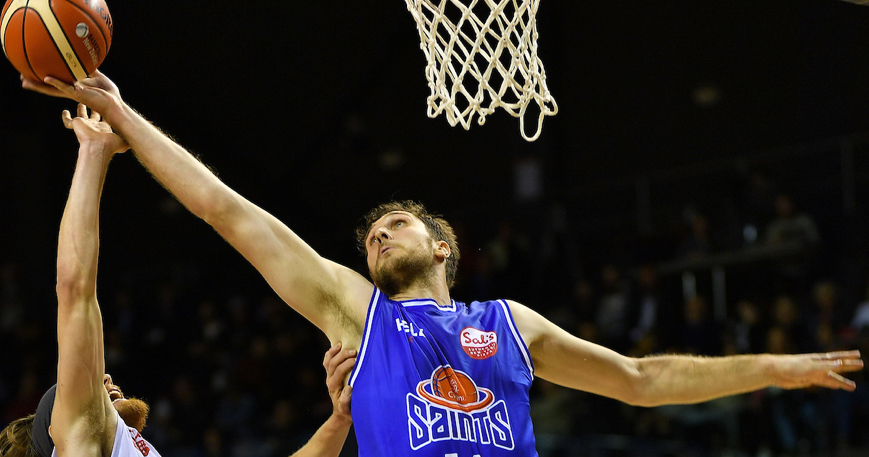 The incident happened early in the last quarter when Loe received an unsportsmanlike foul after he grappled with Harris and dragged him to the floor in a contest, as both players landed Loe's foot then made contact with the face of Harris, leading to the GRP investigating the incident.

The three-person GRP deemed the incident to be accidental, not reckless, confirming there was high contact, but the that the contact was unavoidable as the momentum of the players falling couldn't have been stopped.

"We (GRP) are totally satisfied that the incident was accidental. As Rob fell to the ground his momentum led to his body rolling and unfortunately his foot has made contact with the face of Hyrum. It looked awkward and it did involve head high contact, so it was looked at under the Tribunal Policy, as it should be," said NBL GM, Justin Nelson.

"However, it is unreasonable to think that contact could have been avoided in this particular situation, especially with two big men falling to the ground. The unsportsmanlike call was for the grapple and was totally appropriate. The contact with the foot to the head happened as momentum brought both players to ground and was accidental."

Today's Sal's NBL Grand Final tips-off at 6:30pm with the live broadcast on SKY Sports and Prime TV starting at 6pm. The league has announced that juniors aged 18 and under can enter for free, with adults tickets just $23. This offer is only available at the Horncastle Arena box office.