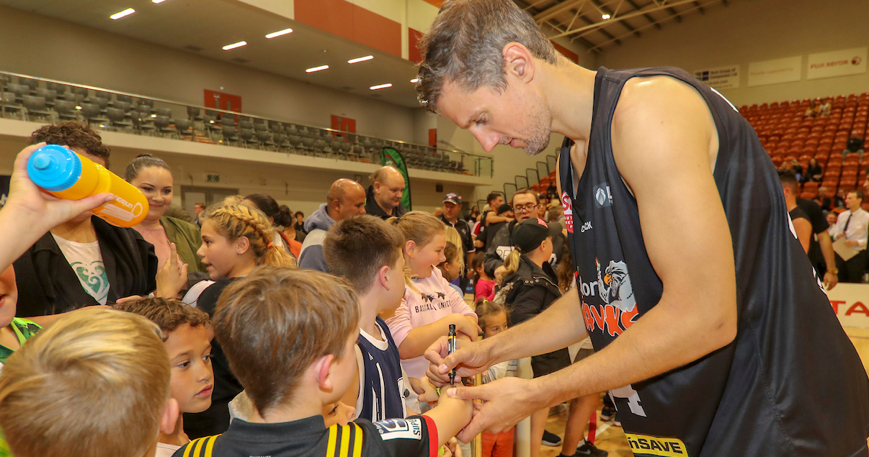 The Hawke’s Bay Taylor Hawks have shown little mercy in a rampaging 119-82 win against the Taranaki Steelformers Mountainairs.

Finally stepping out with their full team, including a recently-arrived Brandon Bowman and a returning-from-injury Daniel Kickert, the Hawks had their foot on the gas from the outset, especially Dion Prewster who dropped 11pts in the first quarter.

Up by 11pts at the first break, the margin ballooned to 19pts at the half, before stretching to as much as 42pts during the third period.

Such was the dominance, seven Hawks ended with double-digit scoring and no starter played more than 24 minutes.

Star guard Ethan Rusbatch came off the bench after being doubtful due to a niggling injury in the lead-up to the game.

Bowman (22pts, 8rbs) and Prewster (20pts) led the charge for the winners, while for the Airs only Alonzo Burton (18pts) and Derone Rauawa (14pts) reached double figures.