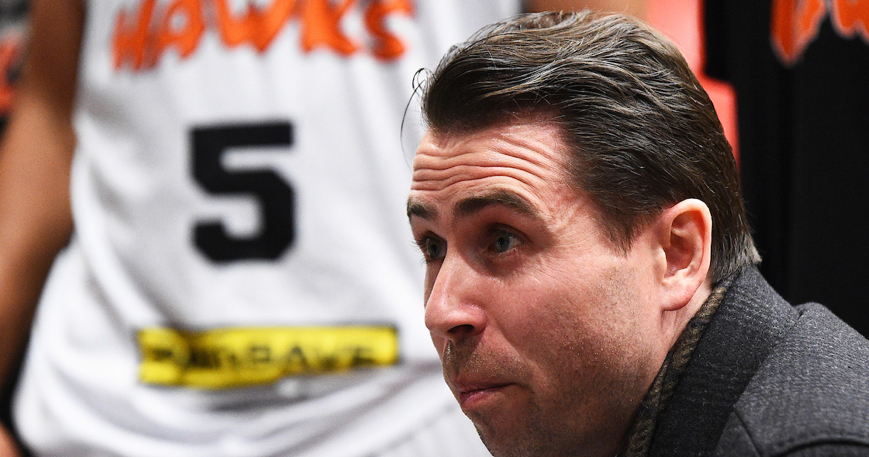 Hawks Prove Too Strong For Giants

An epic night from beyond the arc has hoisted the Hawke's Bay Hawks to a 103-83 win against a Giants team now deep in the midst of a three-game losing streak and off to Tasmania to face a Huskies outfit equally desperate for a victory.

Similar to their recent home game against the Sharks, a blistering start by the Giants saw them race to an early lead over the Hawks, building an advantage by as much as 14pts during the first period. However, methodically in their pursuit, the visitors clawed their way back and by half-time had lifted themselves off the canvas to lead 42-41.

Come the second half the Hawks started to push clear as the Giants tried determinedly over and over to stay in touch. By the time the last quarter started it will still a manageable 6-point deficit for the home team to reel in, but then came the sledgehammer.

As they had done throughout the game, the Hawks landed long blow after long blow, eventually finishing the game with 19 treys from 38 attempts. It was a barrage the Giants just couldn't stop, despite changing up their defence on numerous occasions during the contest.

EJ Singler was the star for the winners with 27pts and 6 triples, Daniel Kickert came off the bench for 23pts including a perfect 5/5 from downtown, while Brandon Bowman added 20pts and Jarrod Kenny dished out 12 dimes.

For the Giants, Jordair Jett ended with 20pts, Dan Grida had 18pts and Tyrell Harrison scored 12pts. In his quietest game of the season Rhys Vague was held to just 9pts.

In some telling stats, the Hawks shot at a 55% clip for the game including at 50% from the arc, they delivered 27 assists and helped themselves to 24 points off fast breaks.

Both teams are on the double this round, the Giants now flying to Tasmania to play the Huskies, while the Hawks will meet the Jets.