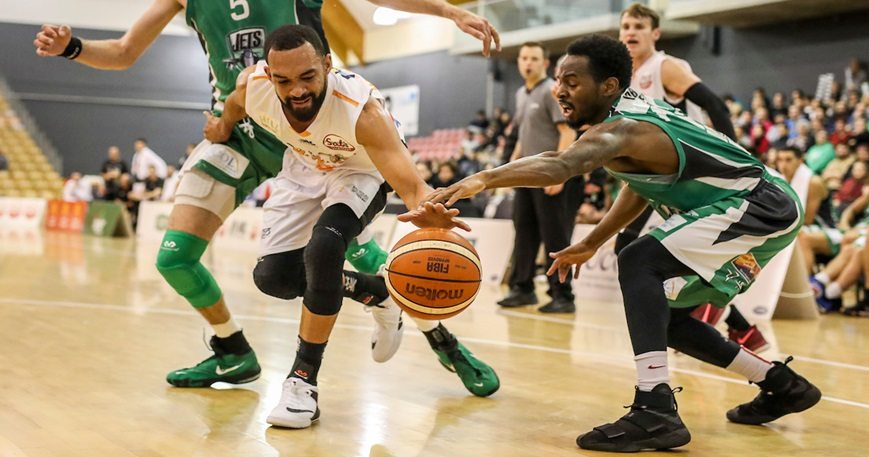 A strong first quarter from the Taylor Hawks have secured their second win of the season with a 89-74 win over the Go Media Jets.

The visitors came out and executed from the beginning, outscoring the Jets 27-10 in the opening period. Ethan Rusbatch scored a team high 16 points, and off the bench Mitch Newton added 15.

Manawatu did show glimpses throughout the next three quarters, and ended up outscoring the Hawks 29-24 in the final period. Point guard Daishon Knight led the way with 22 points, Kuran Iverson had 18, and Brandon Lucas added 14.

Much the same as last week, the Jets struggled from the field, shooting 38%, and often were settling for the three in which they shot a poor 6/30 (20%).

The Hawks added new import Jamie Skeen to the line-up tonight, and the American forward immediately made an impact, hitting a three on his first touch. Skeen, who went to college at Virginia Commonwealth University, played only 12 minutes, scoring nine points.

Hawks head coach, Zico Coronel, was able to rotate his squad, keeping the majority of his starters under 20 minutes which could be crucial to potentially claiming a third straight win when they play the Augusta Airs tomorrow night.

Manawatu will have a unique road double-header playing in Invercargill against the SIT Zerofees Sharks next Thursday, and then two days later will be at the opposite end of the country to play the 2 Cheap Cars Supercity Rangers.