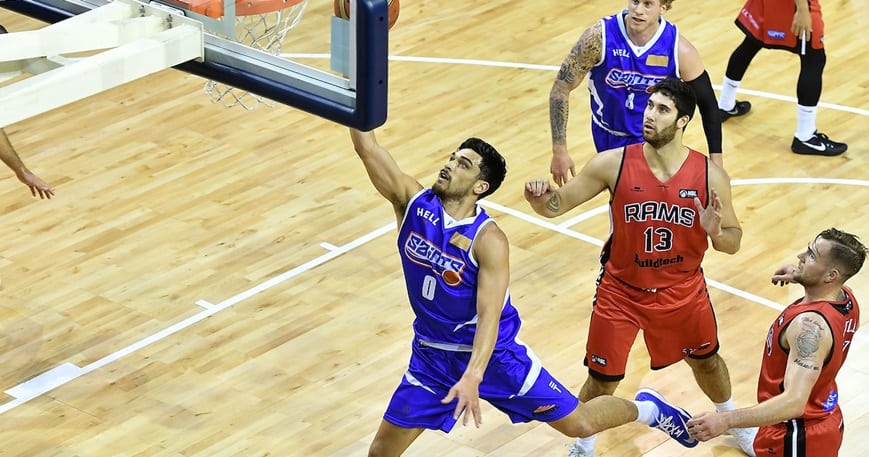 The Sal’s National Basketball League is pulling in the fans as New Zealanders are increasingly turning to basketball as their sport of choice. Want proof? Try buying a ticket to tonight’s game at Horncastle Arena between the Wheeler Motor Canterbury Rams verses the Cigna Saints.

With only 40 tickets left at the time of writing, the game will almost certainly be a sell-out, with 6000 keen fans who will attend, instead of staying at home and watching the livestream on the nznbl.basketball website, maoritelevision.com or the @NZNBL facebook page.

Caleb Harrison, General Manager of the Rams, says Canterbury basketball staff are busier than ever as the demand for basketball is on the rise.

“To sell out Horncastle Arena with 6,000 seats well before tipoff shows the kind of interest basketball has right now. People inside basketball understand how popular the sport is in New Zealand and I think people are just realising how big it is going to be in the next three to five years. This will be largest crowd ever at Sal’s National Basketball League. This is a great league with NBA level players that has real commercial opportunity,” says Harrison.

And there is indeed NBA level players. The most recent is Shea Ili who has been invited by the Dallas Mavericks to participate in a free agent camp. This continues the Tall Black’s phenomenal year, having picked up two Basketball New Zealand awards this year as Male Player of the year and the MVP award. In 2017 Ili led the Tall Blacks to a fourth place finish at the 2017 Asia Cup with his best performances in the Tall Black singlet and made the FIBA Asia Cup All Star Five. In the Sal’s NBL, he’s helped the Saints win back to back NBL Championships and was awarded NBL Finals MVP last year. In the last ANBL season, Ili was awarded the ANBL’s Most Improved Player.

“It’s fabulous that the NZ NBL has helped produce at least four people, off the top of my head, that are or have played at the NBA level. You’ve got Corey Webster, Steven Adams, Tory Craig who’s with the Denver Nuggets, and now Shea Ili. It just shows how far the NZ NBL has developed in the last four years. Years ago it would have been a dream, but not these days,” said Mills.

The Mavericks’ camp will be in the United States during 18 and 19 June. It will involve elite talent from across the globe chasing a place on the Mavericks’ Summer League roster. Ili will then return to play for the Tall Blacks on 28 June against Hong Kong in Rotorua, and verse China on 1 July at Spark Arena in Auckland. For now though, it’s all about the Saints verse Rams.

Tonight’s 6000 fans will see Ili in action, although expect the majority supporting the opposition, with it being on Ram’s home turf and their biggest stage yet. So Ili, who is leading the League in points with 26.9 points per game and is second in assists at 7.0 per game, will have a tough task.

Rams forward, Winston Shepard, leads the league in rebounding at 10.9 per game and is fifth in scoring 21.7. There’s also an intriguing matchup will be between the centres, Majok Majok and Maxwell Darling. Majok is currently third in the league in rebounds at 10.4 per game. Darling is currently second in blocks and has scored double-digit points in all but one of his seven games.