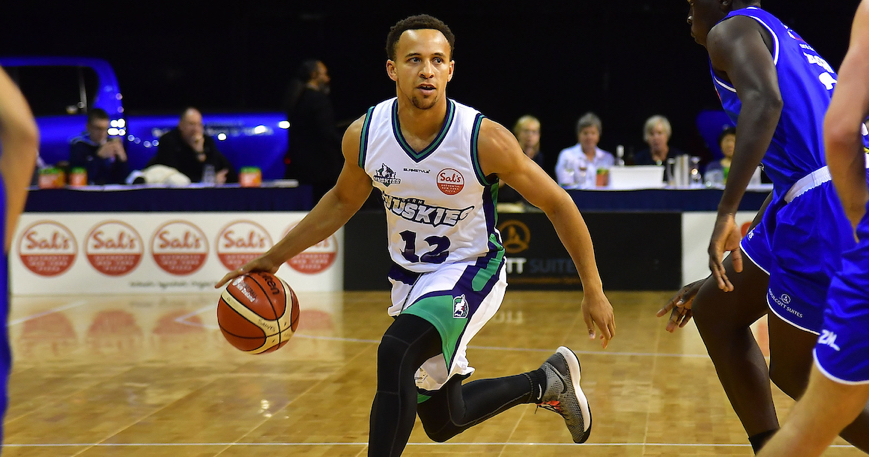 Is There Such A Thing As The Tassie Curse?

You can’t hep but feel not too many New Zealanders spared a thought for the Southern Huskies when they endured a 135-hour door-to-door trip to play three teams over four days in R2 of the Sal’s NBL.

It was the Huskies' first foray into the League and not too many locals cared too much for the flights, hours of driving and moving from hotel to hotel the visitors had to endure, all the while trying to win some games of basketball.

On that opening trip into hostile territory the Huskies grabbed an opening win against the Jets before suffering losses to the Saints and Hawks. New Zealand waved goodbye to the Tasmanians as if to say “farewell and you’ll need to be better than that to win in this league.”

Now wind the clock forward five weeks and the Huskies now hold a 4-4 record after a run of five home games, and for those New Zealand teams to have made the trip to Tasmania there is an increased appreciation of the travel involved in the expanding Sal's NBL.

The R2 sniggers are long behind us.

Over the last five weeks we have seen evolve what some a calling the 'Tassie Curse' with NZ-based teams clearly struggling to get up the week following the trip away to play the Huskies.

To date only one team, the unbeaten Wellington Saints, have come back and won in their very next game, though even they would admit they weren’t too flash in what was a narrow 2-point escape against the Jets.

Here’s a look at how teams have performed after visiting the Huskies;

Following week the Rangers lost to the Giants by 18pts.

Following week the Saints scraped past the Jets by 2pts.

Following week the Giants lost to the Saints by 11pts and were upset by the Airs by 4pts.

This week the Jets play at home to the Rams.

So far the record sits at 6 games played for a 1-5 record. Average winning margin is 2pts, average losing margin is just over 18pts.

In R9 the Huskies are at home to the Rams (twice) and then ironically the following week the Rams return home to play the Huskies! That will be three meetings in the best part of one week. Perhaps that's a break-even proposition and the Rams won't quite suffer the same hangover as others before them.

Probably the most interest on the Tasmanian trip will come in the final round of the home and away season when the Hawks have to visit the Apple Isle to play the Huskies, which is the second of a double that round after a tough home game against the Rams two days earlier at Hawke’s Bay.

If the Tassie Curse is something to be worried about you can be sure Hawks coach Zico Coronel has looked to his final round schedule and thought through the possibilities.

What could add enormous spice to the battle for the Final 4 is if the Hawks cannot move up or down from their ladder position ahead of the trip to Tasmania, don’t be surprised if the coach leaves some of his studs behind.

Ironically, the Huskies may enter that final game needing a win to make the top four, which of course would be greatly increased if the likes of EJ Singler, Brandon Bowman and Daniel Kickert were given the opportunity to put their feet up on the competition’s final regular season weekend.

It’s all wishful thinking for now if you're a Huskies fans, but the possibility will be swirling around in the minds of some, especially the Sharks who share the battle for fourth position right now with the Huskies and wouldn't want to see any favours handed to the Tasmanians.

What we do know for now is that NZ-based teams are trying to figure out how to beat the hangover from travelling across to Tasmania. Not so long ago a few people around the local traps smirked when the Huskies battled their gruelling R2 schedule, but now you can't help but feel there is a new appreciation for the demands.

For now the Tassie Curse lives, but for how long is anyone's guess.