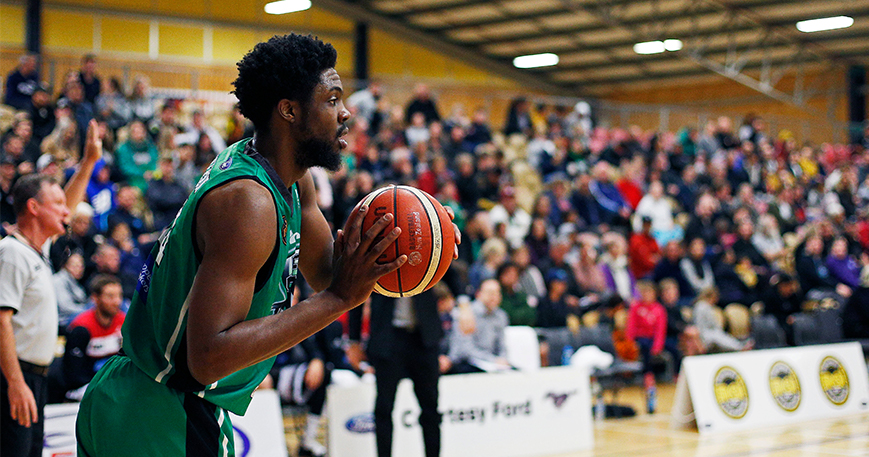 A third-quarter surge from the Manawatu Jets imports gave the Palmerston North faithful something to cheer about, as their team went on to win their second game of the Sal's NBL 92-75 over the visiting Taranaki Steelformers Mountainairs.

The game was dictated by defence in the first quarter, as both teams found ways to disrupt their opposite into a bad shot or a turnover. This resulted in a low-scoring period, but the hosts managed to tilt the arm wrestle in their favour with an 18-16 lead.

Play opened up in the second quarter, with both sides moving the ball to the open man on attack. Point guard Haize Walker was impressive in the second 10, scoring eight points at a high percentage. Fellow youngster Taane Samuels with five points and a few rebounds, but it was Kuran Iverson who ran the show in the first half with 10 points and a number of boards and dishes.

For the Airs,it was all about Dane Brooks, who picked up where he left off against the Giants and made the Jets pay from deep. He notched 13 points in the first spell and was the only  Air who really looked like scoring. That meant his team was behind at the half, 39-34.

The third quarter was the turning point in the contest, as the Jets scored 30 to put themselves 16 points clear going into the fourth. The damage was done by Daishon Knight, who got to the line multiple times and knocked down good looks off the screen and roll.

Wally Ellenson bounced around the court in the final period and was a big reason why his side dominated the second half. The former high jumper finished with 22 points and along with Knight and Iverson, carried their team across the finish line.

Only two players hit double-digits in points for the Airs, as Dane Brooks struggled mightily in the final two periods and failed to score a basket. Derone Raukawa tallied 12 but was ineffective for the three-quarters of the game.

Stats That Matter - it was all about shooting in this one. The Airs took 14 more shots than the Jets, but the Jets shot at a 50% clip and the Airs went for 38%. Game over.