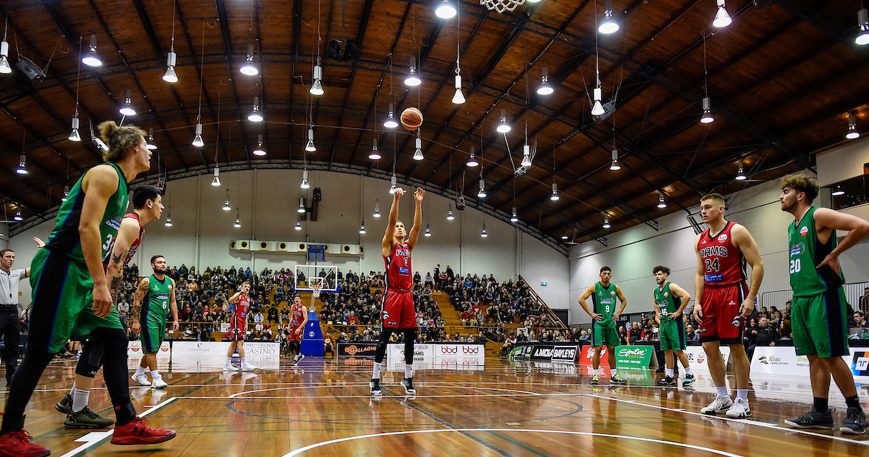 Season 2020 will see the Sal's NBL introduce a Competitive Balance System (CBS) for the first time in the league's 39-year history with teams having to adhere to a minimum or maximum spend on their roster.

The new system will be supported by the mandatory lodgement of player agreements with the league, with all players having to sign a Paid Player Agreement or an Amateur Player Agreement.

While players can receive payment for playing, they can also be paid for coaching basketball in the community, an undertaking many teams and players do during the NBL season.

Want to know more? Here's a rundown on the CBS.

Q: Why is the NBL bringing in a Competitive Balance System (CBS)?

A: The financial disparity in the league has increasingly grown to being detrimental to the competitiveness of the competition, and together with the full support of the teams, the NBL has adopted a CBS that regulates expenditure on players in an effort to 'close the gap'.

League Comment: For the fans attending and watching games in the Sal's NBL, the most important aspect of our competition is to deliver competitiveness that will help to engage and retain the interest of those in the stands and at home watching the game for a longer period of time. To help deliver a more competitive league, the CBS is one area that will hopefully, over time, help to deliver a more exciting and engaging productive.

Q: When will the CBS start?

League Comment: The CBS has been fully approved by the NBL Board and all teams.

Q: What is the minimum and maximum level a team can pay under the CBS?

A: The NBL hasn't disclosed the amounts publicly, however it has been confirmed that the league will have a 'soft' floor and a 'hard' ceiling, meaning teams cannot spend over the higher amount (ceiling), but they can spend under the lower amount (floor).

League Comment: The teams are resolute on this system and it will come into play from next season in 2020. Any breaches over the hard ceiling will be penalised, while any team under the soft floor will be encouraged by the league to increase other areas of business to help bring their ability to meet the CBS minimum (floor).

Q: How many players must be contracted under the CBS?

League Comment: There is no minimum or maximum on how many Paid or Amateur players a team can have, but each team must always maintain a minimum of 12 contracted players.

Q: Will the NBL see the agreements?

A: Yes, all player agreements will be held by the league and no player will be registered to play in the competition until the player agreement is signed-off by the league. This will ensure players and teams are fully aware of (signed to) the agreements and all obligations within, and also ensure no team breaches the CBS.

League Comment: In the past the league had no line of sight over player agreements, which differed greatly from team to team. In 2019 a series of contractual disputes unfolded at the Supercity Rangers, which elevated the need for a Standard Player Contract (SPC) across the NBL. The SPC is designed to ensure both the player and the team are aware of all obligations and supported by the standard clauses within the agreement.

Q: Is there a penalty for breaching the CBS?

A: Yes, there are penalties attached to breaching a number of areas of the CBS. These penalties extend from monetary fines all the way to loss of game points (past or future). Breaches are also retrospective, meaning if a team is found to have breached the CBS in the past they can still be penalised.

League Comment: The penalties for breaching the CBS can be severe and they can be retrospective. As has unfolded in many sports with a similar system, teams often get caught and penalised years after the breach occurred.