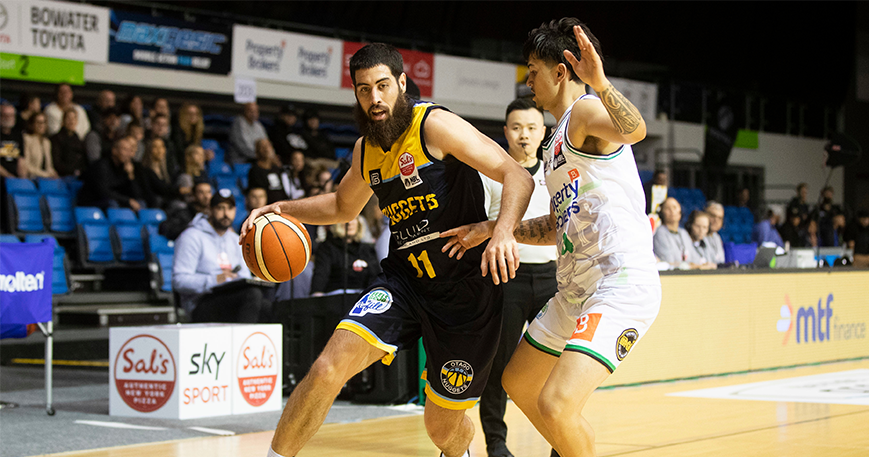 The Otago Nuggets have got their season off to the right start with a 104-100 win over the Manawatu Jets on day two of the Sal's NBL Showdown at The Trusts Arena in Auckland.

After being overlooked in the draft by numerous teams, Jarrod Kenny stamped his mark on the competition by notching 28 points and six assists in his debut for the southerners.

Three first-quarter triples from Tall Black Tom Vodanovich pushed the Jets out to 16-4 lead after six minutes of play, but the Nuggets worked their way back with touches from Kenny, Jordan Ngatai and Kane Keil.

A Ngatai jumper tied the game up at 22 apiece just before the end of the opening spell, and from there the contest was a back and forth affair.

Whilst Vodanovich was a noticeably influential figure with a double-double (28pts and 14rbs), he was not alone in his efforts as Jayden Bezzant chimed in with 30 points, five boards and five dishes.

The Jets started the second half with a six-point buffer and pushed it out to 10 within a minute of being back on the court. Needing to get something going, Kenny got the ball rolling with a layup and from there the Nuggets found their stroke and finished the quarter up five.

Bezzant and Vodanovich continued to score and at stages regained their side the lead. However, the experience of Kenny and Ngatai prevailed in the end, with the latter hitting the dagger three with 15 seconds to go.