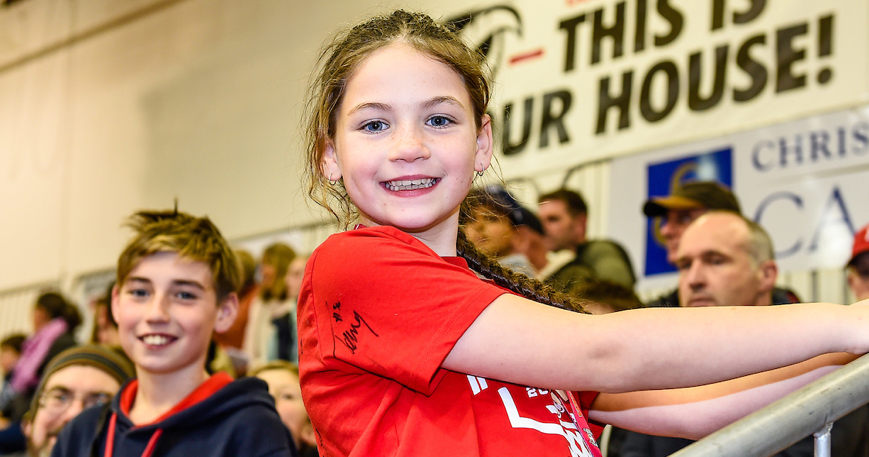 Operation Rams Fans – Could It Deliver A Championship?

Hey Canterbury, it's time to marshall the troops and crank up Operation Rams Fans! That's the loud and clear message as we countdown the days until the Sal's NBL descends on Christchurch later this week.

As all four finalists prepare you can be assured each of them is looking for an advantage, any advantage, that one thing that will help elevate them above the rest and bring home the coveted title.

Despite what the Saints, Hawks and Sharks have planned, the fact is the Rams could possibly go into the Final 4 with the biggest advantage of all and annoyingly for their opposition, who know there is nothing they can do about it, they won't know how big that advantage is until they step on court.

What advantage do the Rams have over the Saints, Hawks and Sharks at the Final 4?

The Final 4 is just a week away and the three teams travelling to Christchurch all come with some very credible assets that positions them well for a tilt at this year's Sal's NBL title.

But it's the Rams who go into the Final 4 with an x-factor up their sleeve, a voice louder than all others and one that can be daunting for the opposition - loud, proud and passionate RAMS FANS!

With 6,000 seats at Horncastle Arena it is quite possible to think 5,000 or more will be filled with RAMS FANS next weekend and that sort of support packs a very big punch if you're in a Rams singlet playing for a title.

And why wouldn't RAMS FANS turn up in big numbers - next weekend marks the first time the Final 4 has been played in Christchurch in 20 years, their beloved team has put together a very competitive season, and most importantly this Final 4 weekend could return the NBL championship trophy to Christchurch for the first time since 1992.

So over to you RAMS FANS - tickets to the Final 4 start from just $12 - click HERE to get yours.

Will the RAMS FANS prove to be the difference between winning and losing, will they be the x-factor that leads the Canterbury Rams to the 2019 Sal's NBL championship? We'll soon see!