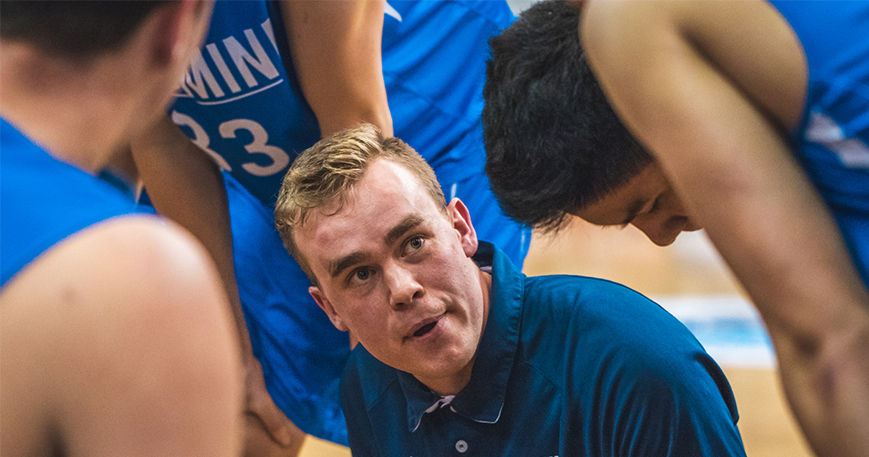 Up and coming basketball coach Matt Lacey has been named as the general manager of Auckland’s new Sal’s NBL side – the Auckland Huskies.

The NBL announced on Friday morning the formerly Australian-based franchise is making the move across the ditch for permanent relocation in the City of Sails.

The shift has created several opportunities to those working in New Zealand’s basketball space, with Lacey joining former professional player and NBL title-winning coach Kevin Braswell to get the team moving in the right direction.

Lacey says he is excited in taking up the managerial role and the challenges that come with it.

“To be a part of a brand-new organisation that is committed to Auckland and its basketball community was an intriguing opportunity, and something I didn’t have to think too hard about when being asked to get on board.

“In terms of a GM role, I’ve never been one before, but I’m fortunate to have relationships with some experienced people to learn from and, above all, I am ready to do whatever is necessary to ensure both the team and organisation thrive.

“I know how much Auckland loves their basketball and now we have a chance to make something the community can really get behind, so it’s a really exciting time.”

Lacey is the Basketball Development Coordinator at Rosmini College, as well as being the Head Coach of the school’s Premier Boys’ team. The 25-year-old was approached by NBL and Tall Blacks legend Dillon Boucher to venture into a different side of the game, to deepen his understanding of how the business aspect of the game works.

These results are what put him on the radar of those involved in the national representative programme and led to another one of his current roles as an Assistant Coach to the Junior Tall Blacks.

“I am really pleased to see that Matt has taken advantage of this incredible opportunity; it will be an invaluable learning experience for him.

“Basketball is a transformative sport, it allows for people to develop many different skills as a result of their involvement, Matt’s willingness to continue to learn and grow has positioned him well for this next challenge.

“Matt approaches everything with a high degree of intention, he was an instrumental figure in building a championship culture at Rosmini college and his commitment, service and leadership will hold the Huskies in good stead as they look to build a similar culture with the new franchise.”

The basketball prowess he has shown as a coach stems from the work ethic and dedication he developed as a player.

Lacey played just under a handful of seasons in the NBL for the now-defunct franchises the Waikato Pistons and Auckland Supercity Rangers. He also represented his country at the age-group level.

The Auckland native has been around the hardwood for the majority of his life, thanks in large part to his dad Mike’s history with the local YMCA on the North Shore.

Those within New Zealand’s basketball community will be familiar with the work and time the Lacey family have invested in the game, and the work they continue to do.

As for now, it’s all hands on deck for the new General Manager as he looks to put his team in the best position possible for the upcoming 2020 competition.

Lacey says he is encouraged at the potential exposure this can give to some of the country’s hot young talent.

“One of the really cool things to come from this and something I’m passionate about is creating pathways for young people.

“Having a league in place this year will gift players with a chance to compete with top-tier talent, which will only bode well for their careers going forward.”

The Sal’s NBL will announce further details about the new look 2020 competition early next week.