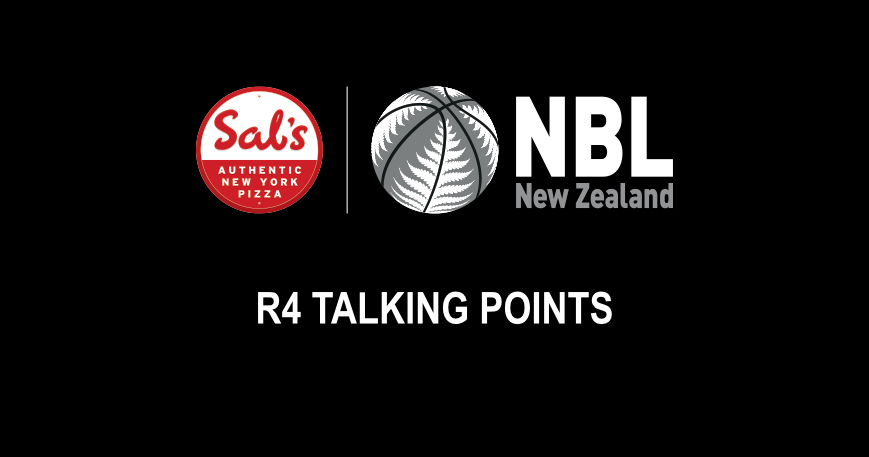 R4 Talking Points – What We Know So Far

R4 started with an epic dose of Thursday Night Lights when the Rams and Hawks clashed and on Friday night the Sharks headed to Taranaki. All up we have five games on the Sal's NBL menu. Here's what we know so far.

Stats That Matter - the Hawks coughed up 21 turnovers for the game, which resulted in the Rams scoring 21pts from those blemishes. All 21 came from the starting unit as well.

Stats That Matter - This game became a 3pt shoot-out with a collective 72 shots from deep, the Sharks hitting 16.37 and the Airs going for 16/35.

Stats That Matter - the Rangers can't land the long ball right now and it is proving costly. The Giants went 13/29 at 44% from deep compared with the Rangers going 4/26 at 15%

Stats That Matter - the visiting Saints got the line 36 times for 27 makes, an advantage that counted with the Huskies going 13/19 down the other end. It was another aggressive display by the Saints, their attack on the rim continues to be a real advantage.

Stats That Matter - the Sharks put away an impressive 32 second-chance points, but it was a 19pt haul off fast breaks by the Jets that not too many people would have seen coming.