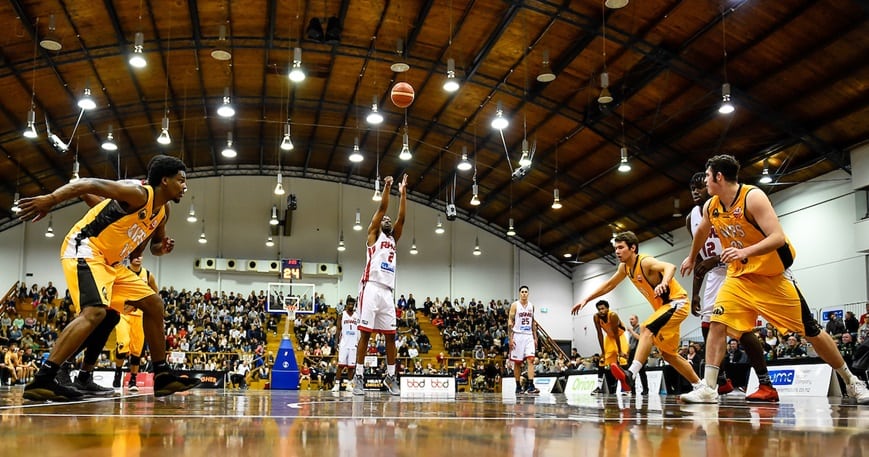 It wasn’t pretty but the Wheeler Motor Canterbury Rams are back on the top of the table with a 80-72 win over the Augusta Airs.

It was a much improved performance from the Airs who were blown out the night before in Nelson. Again the Airs had bad luck of injuries when centre, Xavier Smith, suffered an ankle injury in the first five minutes.

But credit to head coach ,Trent Adam, who used a mixture of zone and man to man defences to slow the tempo and at times stall the Rams offense. Taranaki trailed by six at halftime, but a 9-0 run would give them a 46-43 lead which they would hold for the remainder of the quarter until a three from Shepard would give the Rams a slim two point advantage going into the fourth.

In what was a tight fourth quarter the Rams finally got some breathing space when Julian Williams-Washburn hit a corner three to put the home side up six with under a minute remaining. The Airs would be unable to make a late comeback as they now drop to 2-5.

Javonte Douglas had a much better game than the night before with 22 points and 13 rebounds. Alonzo Burton had 20 points and also added nine rebounds for the Airs.

The Rams are now 5-1, and will have arguably a tougher task next week when they host the Taylor Hawks. Taranaki’s next game will be on the road to the SIT Zerofees Sharks who are on a three game winning streak.