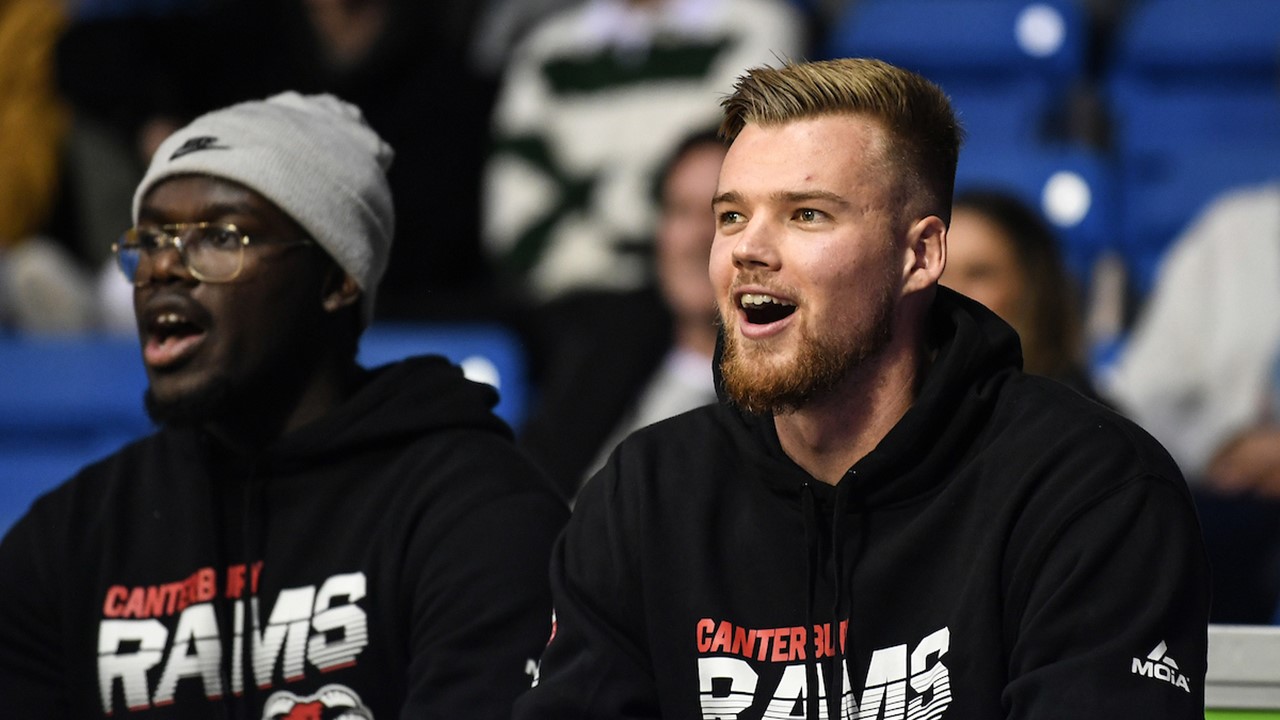 In a pulsating finish Wheeler Motor Company Canterbury Rams held on to defeat the EnviroNZ Franklin Bulls 75-72, the Bulls unable to tie proceedings with the final play of the game.

The Rams were paced by Taylor Britt (19 points and 10 rebounds) and Toby Gillooly (16 points) as they completed the Auckland-Swing having defeated the Huskies 48-hours earlier.

When Isaac Davidson (21 points) landed a deep contested three with 23 seconds to play to reduce the Rams advantage to 73-72 a first Bulls win looked a possibility.

However Sam Smith (9 points) held his nerve at the free-throw line to give the Rams a three-point lead. A despairing three-point effort from Everard Bartlett hit the back of the rim in the ensuing play, leaving the Bulls players and fans to lick their wounds ahead of a showdown with the Huskies on Saturday.

At the outset Bulls head coach Liam Simmons opened the game with Dom Kelman-Poto (20 points and 10 rebounds) picking up Rams danger man Britt but the 2019 Tall Black was not seriously inconvenienced as he collected 7 points to help the Rams to an 18-14 lead at quarter time.

Britt was the first player into double figures as the Rams began the second period with a 6-0 run before Bartlett got the scoreboard moving for the Bulls.

A pair of Jack Exeter threes and a further trey from Mac Stodart took the Rams out to 35-19. Timmins (13 points) and Kelman-Poto put a dent in the Cantabs lead but the advantage was still in favour of the red and blacks at half-time (40-30).

The two teams traded baskets for most of the second half until the Bulls came off best after a flurry of free-throws late in the third to trim the Canterbury lead to 57-52 at the three-quarter mark.

The Bulls started the final frame with urgency and when Timmins converted inside off his own rebound the scores were tied at 60 points apiece with 6:30 to play.

Sam Smith responded with back-to-back buckets but after Isaac Davidson had replied with the same dosage Nikau McCullough put the Bulls ahead with a pull-up jumper. (67-65).

It was nip and tuck down the stretch but the Rams composure held when it mattered and they join Steelformers Taranaki Mountainairs and Otago Nuggets at the top of the NBL ladder with a 2-0 record.

1. Could the Rams match the Steelformers Taranaki Mountainairs and Otago Nuggets and begin the NBL season with two straight wins? The answer was yes but the victory was far from comfortable.
2. Could the Bulls get their first victory at the second attempt? No was the answer but after tonight’s encouraging performance you feel that initial win is not far away.
3. Could Taylor Britt and Isaac Davidson produce the form they displayed in their opening fixtures? Yes they could – the pair were the leading scorers for their respective teams and both are in excellent early season form.