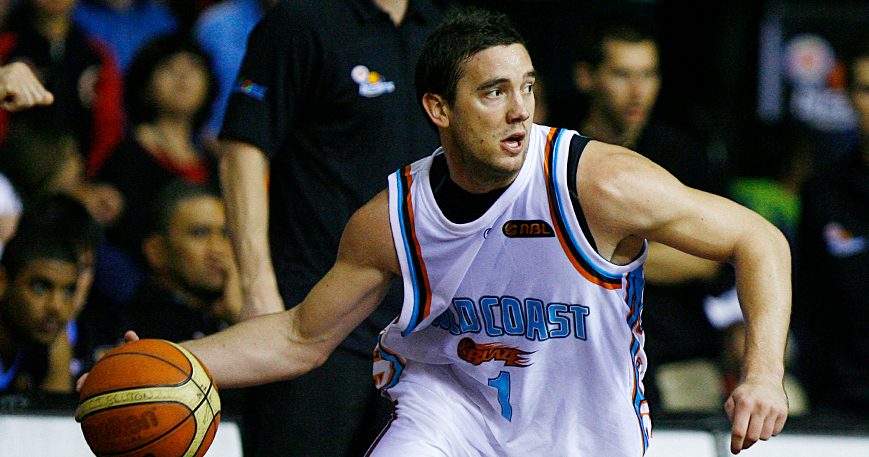 The Canterbury Rams have announced the signing of Adam Gibson, as replacement import for Cameron Gliddon during round 1one due to Cam’s off-court international commitments. Gibson will replace Cam for the preseason and first round of the 2019 Sal’s NBL Season.

Gibson grew up in Tasmania where he attended Prospect High School, and upon graduating he attended the Australian Institute of Sport from 2004-05. He began his professional career in 2005 where he signed with the Brisbane Bullets and established himself as one of the top NBL rookies. He won his first NBL championship with the Bullets in 2007 where he averaged 8.5 points in the grand final series in only his second season.

For the 2008-09, season he moved on to play for the South Dragons, where he had an excellent season winning his second NBL championship and earning All-NBL third team honours and NBL Best Defensive player. His career from 2009-2019 saw him play for the Gold Coast Blaze, Adelaide 36ers and most recently the Brisbane Bullets. He had a career night on November 2nd 2014 where he dropped 34 points in a win against the New Zealand Breakers.

Gibson also boasts a wealth of international basketball experience playing for the Australian Men’s National team, The Boomers. He had his debut for the team at the 2009 FIBA Oceania Championships and continued to represent Australia through till the 2015 FIBA Oceania Championships. Playing at FIBA World Cups in 2010 and 2014 as well as the London 2012 Olympic Games.

Gibson’s resume to date is extensive and has him as a two-time ANBL Champion, an Olympian, 2nd in points among active players in the ANBL, ANBL Best Defensive player, three-time All-ANBL second-team selections and to top it off he has played 414 ANBL games!

“We are extremely privileged at the Rams to have Adam (Gibbo) Gibson join us for the start of the season."

"Gibbo’s wealth of experience will pay dividends especially for some of the younger guys on the squad."

The Rams kick-off their Sal's NBL season on Sunday April 14, where they head south to play defending champions the SIT Zerofees Southland Sharks.