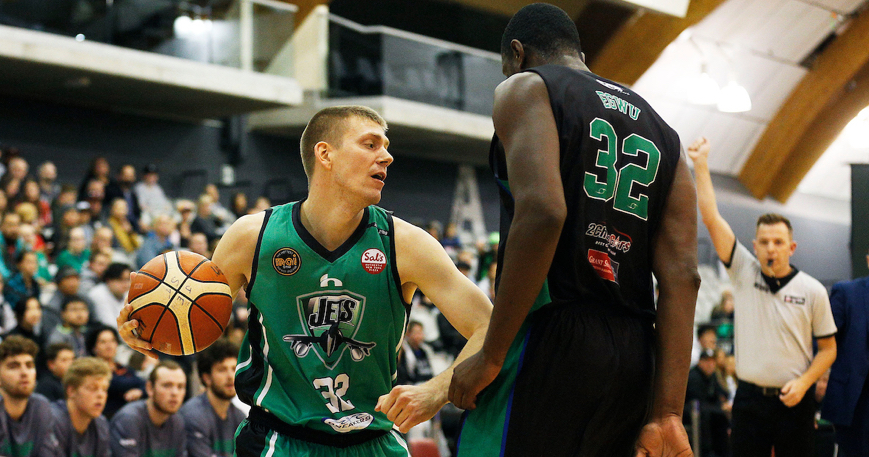 In what could be the game that sends them to a wooden spoon, the Manawatu Jets walked away from a 93-110 loss to the Supercity Rangers disappointed with a poor showing.

Both teams went into the game with just two wins to show from a tough season, but from the outset it looked like the Rangers were a little more prepared in what was otherwise a defenceless, open and bruise-free game of basketball.

The contest lacked a lot of structure as, at times, both teams went through the motions. There was next to no pressure on the ball carrier and a staggering 186 shot attempts were shared between the two teams, including 71 attempts from beyond the arc.

As the minutes ticked along the clash was effectively Venky Jois, Nnanna Egwu and Tim Quarterman playing against Wally Ellenson and Daishon Knight.

With Kuran Iverson once again missing, the remaining five imports spread across the two teams combined for 147pts of the 203pts scored in the game, or roughly 75 per cent.

Up 26-21 after the first quarter, the Rangers stretched the gap to 51-38 by the half, before going on and also winning the third and fourth quarters to close out a comprehensive victory.

Jois (28pts, 18rbs) recovered from an early sprain to his left ankle, Nnanna Egwu dropped 30pts with 8 treys in a MVP performance, while Tim Quarterman landed 21pts with 7 assists and another 6 steals.

Stats That Matter - the open play with little defence led to 186 shots being taken in the game and 106 rebounds being dragged down. There wasn't a lot of pressure.