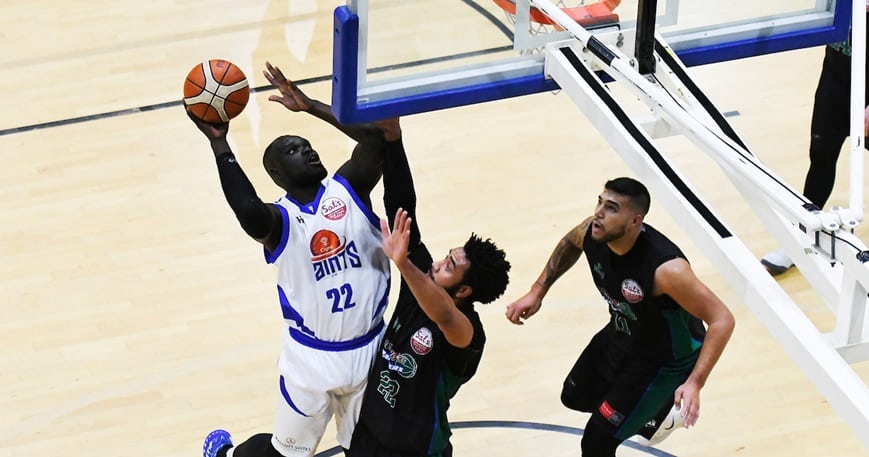 Saints seal sixth win to move to the top

The Cigna Saints have claimed their sixth straight win of the season after beating the struggling 2 Cheap Cars Supercity Rangers 92-78.

Shea Ili top scored with 21 points, 17 of which came in the first half for the Saints, who were able to put the clamps on the Rangers in the fourth quarter restricting them to 13 points.

Strong second halves from Jordan Ngatai (18 points) and LJ Peak (17 points) helped give the visitors a 16 point lead. But credit to the Rangers who would never let the Saints completely run away with the game, getting to within five after a unsportsmanlike foul was called. Rangers could have made it a one possession game, but Marcel Jones could not convert on the three.

Saints would reply with a three from Ngatai followed by dunks from Majok Majok and Peak to push the Saints lead back up to 12 to run away with the victory, making it their third win of the season against the Rangers.

Jones scored 22, but shot 9-for-25, Lindsay Tait tallied 15 points, eight assists and seven rebounds, and Devon Scott added 21 for the Rangers who slump to their ninth straight loss.

At this point the chances of making the playoffs are slim to none for the 0-9 Rangers, but right now the focus will have to be getting on the board, their next game on the road to the Augusta Mountainairs (2-5)

The defending champions move to the top of the table for the first time this season at 6-1, but will have a tough road double next week when they play the Rams and Hawks.