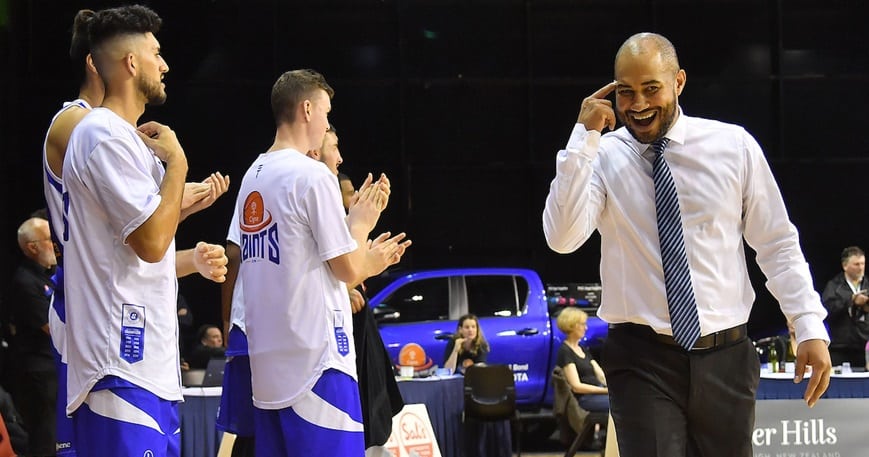 Saints survive in thriller with Rams

The Cigna Saints have claimed their eleventh win holding off the Wheeler Motor Canterbury Rams 94-92.

Majok Majok grabbed a double-double of 24 points and 15 rebounds, and off the bench Shaun Bruce produced 21 points, converting on 4-for-7 from three for the Saints who return to the top of the table with an 11-2 record.

After suffering a tough loss a few days earlier against the Go Media Jets, the Rams were much improved tonight and did manage to come back from a 10 point third quarter deficit to get within one point in the fourth quarter.

The Rams had a chance to win the game, trailing by only two with ten seconds left when Bruce missed two free throws. But point guard, Xavier Thames, would miss a three from the top of the key.

Canterbury now drop to 7-6 and will have an important game in four days’ time when they play against the Mike Pero Nelson Giants in Nelson.

Wellington will play a double-header on the road against the Go Media Jets and the Augusta Mountainairs.