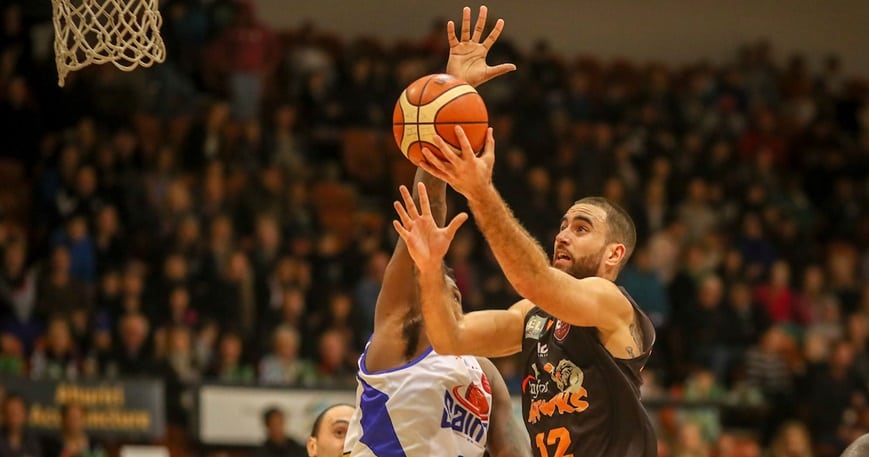 Saints win 8th in a row to move back on top

Shea Ili has scored a game high 28 points for the Cigna Saints as they claimed their eighth straight win beating the Taylor Hawks 86-77.

Wellington had to dig deep against a Hawks side that fought hard today, leading by as many as 12 despite missing key players Angus Brandt and Everard Bartlett. The home side were previously unbeaten at home and did hold a ten point lead in the third quarter, stifling the Saints offense with their zone defense.

But the defending champions would up their defensive intensity in the fourth quarter, holding the Hawks to six points. Wellington would outscore them by 17 to seal their third straight win over the Hawks this season.

Point guard, Jarrod Kenny, was again a standout for the Hawks, going toe to toe with Ili, tallying 16 points, 11 assists and seven rebounds. The Hawks also got valuable production from Mitch Newton (13 points) and Hyrum Harris (15 points). Newton in particular was able to space the floor for the Hawks, hitting 3-for-4 from three, but he would eventually foul out, alongside fellow forward Jamie Skeen, who added 12 points.

With no Brandt, Saints centre, Majok Majok, dominated the boards with 14 to go with his 19 points.

The Hawks drop to 5-5 for the season, and will need to get quickly back on the winners table when they host the 2 Cheap Cars Supercity Rangers on Thursday.

Wellington move on top with an 8-1 record, and their next game will be at home to the Augusta Mountainairs who will be desperate to claim an upset win.