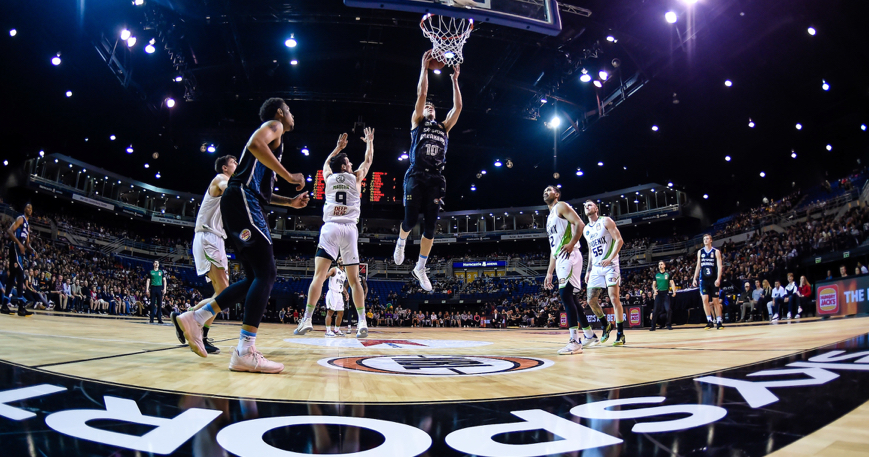 Following an article published by Stuff on Saturday February 15, which suggested that a future Breakers game being played in Wellington could be in jeopardy, Sal's NBL General Manager Justin Nelson picked up the phone to Breakers owner Matt Walsh and between them a lot of positive initiatives were discussed including the possibility of Wellington hosting a game next season.

The Breakers took home games to Invercargill, New Plymouth and Christchurch this past ANBL season, resulting in the team successfully broadening its supporter base across New Zealand.

Taking Breakers games around New Zealand is an initiative that Walsh says he is "fully invested in."

All three venues this season put on outstanding events and Nelson believes it is "imperative" the Breakers play games in the nation's capital as well going forward.

"Matt and I have a good relationship, we talk regularly and discuss possible initiatives between the Sal's NBL and Sky Sport NZ Breakers'" said Nelson, adding "There is a lot of synergy between us. Though we operate in seasons that don't clash, we very much want to make basketball a year-round package for New Zealand fans and working with each other is a priority.

"More than anything, we both want to build the game, for men and women. We never leave a conversation with each other without planting ideas in each other's head, and I like that."

According to Nelson and Walsh, the chances of the Breakers returning to Wellington for a game next season are very much alive.

"The chance to play a Breakers game in Wellington is something I think the Sal's NBL can leverage off. Obviously the fans are the biggest part of that, but for our NBL teams the potential to extend their branding and marketing, and the educational opportunities for our teams that come with event management, we think there are some really good outcomes available to us.

"I'm preparing a brief for my board and we'll discuss it at length. I believe they will be open to seeing how a Breakers game played in Wellington next ANBL season could help further promote our league and all the teams playing in it."

Walsh agrees and highlights the forward thinking and vision of the NZNBL as a win for basketball in Wellington, and across New Zealand, especially for the fans.

"We're very interested in talking with Justin and his team about bringing a game to Wellington next season, we know the community there loves basketball, they have a real passion for it and we want to support that," said Walsh.

"We've been really impressed with the growth of the NZNBL over the last year, it's gathering momentum and if we can help support that with a Breakers game in Wellington then we're all ears.

"Some of the things Justin is already talking with me about will help to further grow the fan base and help build support for both the Breakers and the NZNBL," said Walsh, adding "Basketball is booming, great young talent is coming through and the fans love the entertainment. We have to promote that and build on it."

Some of the initiatives Nelson says are on the table include a curtain-raiser involving an emerging Tall Blacks team, an event and marketing management workshop for Sal's NBL team administrators, an outdoor community basketball zone for families to enjoy, Kiwi Hoops and Girls Got Game sessions for beginners, a referee development seminar and a gala dinner to kick start the Sal's NBL's upcoming 40th season in 2021.

"Basketball is a rising force in New Zealand. More kids are picking up basketballs than any other ball, they love the game, and the Sal's NBL and Sky Sport NZ Breakers have a huge role to play in supporting that," said Nelson.

"If we can do it together, the popularity of the game will accelerate even more quickly."