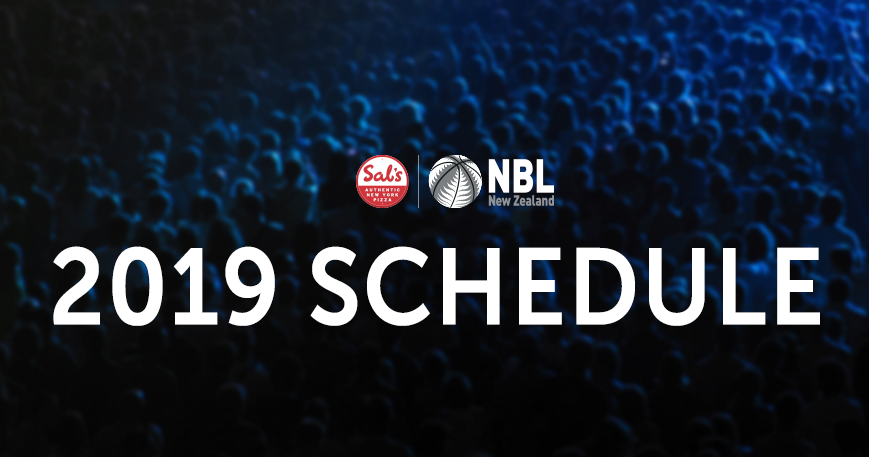 The 2019 Sal’s National Basketball League (NBL) schedule has been released with nine teams set to battle it out for this year’s New Zealand championship.

Excitingly, this year’s national men’s league includes the Southern Huskies from Tasmania, an addition that is sure to test the very best teams in the Sal’s NBL.

The opening round tips-off on Thursday 11 April when the Manawatu Jets host the Supercity Rangers, while 2018 champs the Southland Sharks will have to wait until Sunday 14 April before they step on court to start their title defence with a tough match-up with the Canterbury Rams.

Though the Huskies will watch on from a distance in the opening week, they will experience a menacing start to life in the Sal’s NBL with three games in four days in Week Two, starting with a trip to play the Jets on Thursday (18 April), followed by games against the Saints on Friday (19 April) and Bay Hawks on Sunday (21 April).

All eyes will be on a third round clash featuring last season’s championship showdown between the Sharks and Saints.

“We’re really excited for the season ahead and what the Sal’s NBL will bring fans across New Zealand, and also now into Australia,” said newly-appointed NBL General Manager, Justin Nelson.

The Sal’s NBL season will feature each team playing 18 games across 14 rounds, with the Final Four scheduled to commence in late July.