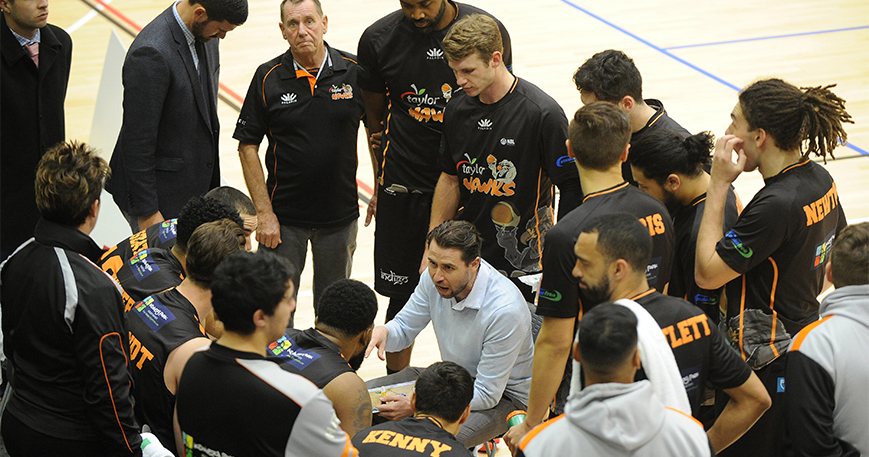 The Taylor Hawke’s Bay Hawks conclusion to the 2018 Sal’s NBL season was bittersweet. They returned to the postseason for the first time in four years but would fall two steps short of the prized trophy in a 99-73 semi-final loss to the Cigna Wellington Saints. Nonetheless, the Hawks took plenty of learning out of their playoff loss and bode well for the fast approaching season.

Success for the Hawks in 2018 was in large part due to the play of home-grown talent. Three of their four leading statistical contributors call New Zealand home and with that exemplified the development of basketball in this country. Head Coach Zico Coronel says he is already game planning to put his team in the best position possible.

“We have some concepts in mind to help us build on last year’s developments and we’re hopeful that they’ll enable us to compete with bigger teams and help us progress through the business end of the season.

“There is obviously an element of risk when you adopt a new style but I don’t think any competitor turns up just to go through the motions.

“We are one of the smaller franchises and probably need to take risks to make a run at a championship. Fortune favours the bold.”

Close to half of last year’s roster is returning for the 2019 Sal’s NBL season and among those are veterans Jarrod Kenny and Dion Prewster. The two guards averaged 12 points per game along five boards and were integral to the team closing out the first round on a six-game win streak. Ethan Rustbatch will also be back in black this season after carving out a role in Coronel’s offence in his debut season with the Bay. The guard averaged close to 14 points per game in 2018, so the opposition will be wary to leave this man open.

Australian Daniel Kickert will play his debut season in the NBL for the Hawks after recently finishing with ANBL side the Sydney Kings. The true stretch four saw a drop in points this past season but was still a marksman from behind the arc and shot a guard-like 85 per cent from the line.

The Hawks start their season on Friday April 12, where they will face-off against the Cigna Wellington Saints.