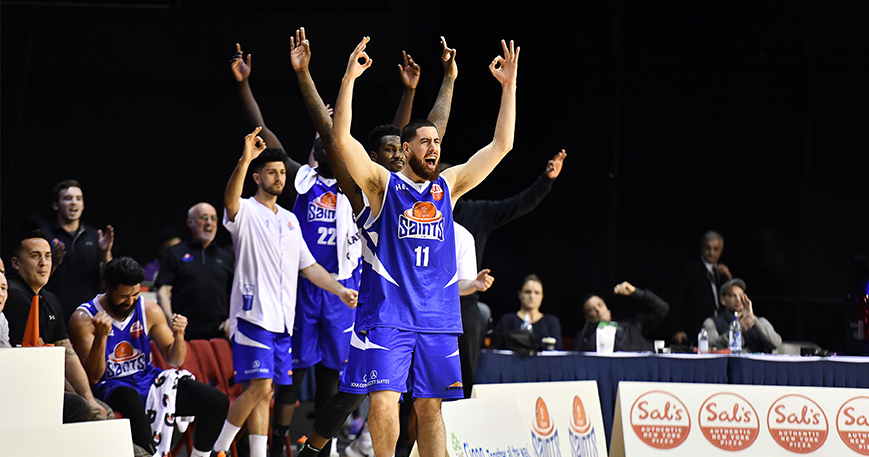 The Cigna Wellington Saints finished the 2018 Sal’s NBL season with a bitter taste in their mouth. The most successful franchise since the turn of the decade entered the 2018 Sal’s NBL season on the quest for a three-peat but would be tripped at the last hurdle. The Grand Final would go down to the wire, but the Zerofees SIT Southland Sharks would dash the competition leader’s hopes and earn their second title in three years in front passionate Saint’s crowd in the capital.

The Saints have hired Paul Henare as their Head Coach for the upcoming season, taking over from Kevin Braswell who now oversees the New Zealand Breaker’s operation. The current Tall Black coach has a lethal playing group at his disposal and expectations are high in his return to the NZNBL coaching scene. Henare acknowledges the pressure that came with the job but says he is approaching this like all the other roles he has had over his career.

“Whenever you represent the Wellington Saints there is certainly the expectation to contend for a championship and it’s something we embrace.

“The organisation has done a really good job in putting together our team for this year and am confident we have the means to do both our fans and ourselves proud.”

Among the absentees for the Saints in 2019 is forward Majok Majok and guards L.J Peak and Shaun Bruce. Majok lead last year’s team in rebounding with 10 boards per game while also scoring close to 15 per game. Peak was the team’s second-leading scorer in 2018 at 20 points per game and is now playing for Pistoai Basket 2000 in Italy. Bruce was a double-digit scorer for the men in white and acted as a glue guy for a potent starting five. Young guard Jackson Stubbins has also made a trip up State Highway One to the Manawatu Jets in search of greater playing time.

Returning for the Saints are big names Shea Ili and Leon Henry. Ili was named league MVP in 2018 and led his team in scoring and assists with 22 and 6 each outing. Henry averaged just over 10 points and 7 rebounds per game, while also shooting the starting five’s highest clip from beyond the arc at 38.2 per cent. Jordan Ngatai has also chosen to stay in the capital and will provide a scoring touch in the frontcourt.

New recruits for the Saints include Tall Blacks Rob Loe and Reuben Te Rangi. Loe arrives in Wellington after a year away in Australia with the Cairns Taipans and will bolster the team’s frontcourt. Te Rangi returns to the capital after spending last season with the Sharks. Te Rangi will look to carry his success from the recent ANBL season into the NBL after he was awarded the Most Improved Player and Sixth Man of the Year award in the Australasian competition.

The Saints open their Sal’s NBL account when they play the Taylor Hawke’s Bay Hawks at home on Friday April 12.