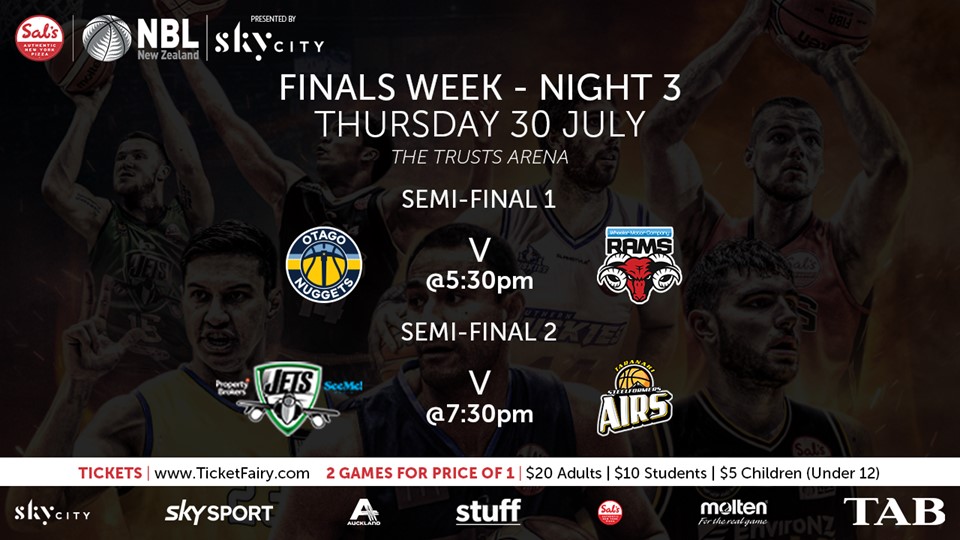 Semi Finals – All On The Line For Nuggets, Rams, Jets, Airs

Four won't go into two! It's Semi Finals night in the Sal's NBL Showdown and everything is on the line for the Fluid Recruitment Otago Nuggets, Wheeler Motor Company Canterbury Rams, Steelformers Taranaki Mountainiars and the Property Brokers, See Me Media Manawatu Jets.

Finals Week has already delivered many talking points, possibly none bigger than the rise of the Rams as they try and do the unthinkable and claim the title from seventh spot on the ladder, but first they have to get past the impressive Nuggets in the 5:30pm game. And then we have the Jets up against the Airs where we can expect an open and free-flowing contest between two teams that have already proven they like scoring big - maybe tonight it will be a game won at the defensive end?

And how's this for some added incentive;

TICKETS: available at the door or pre-purchase online HERE.