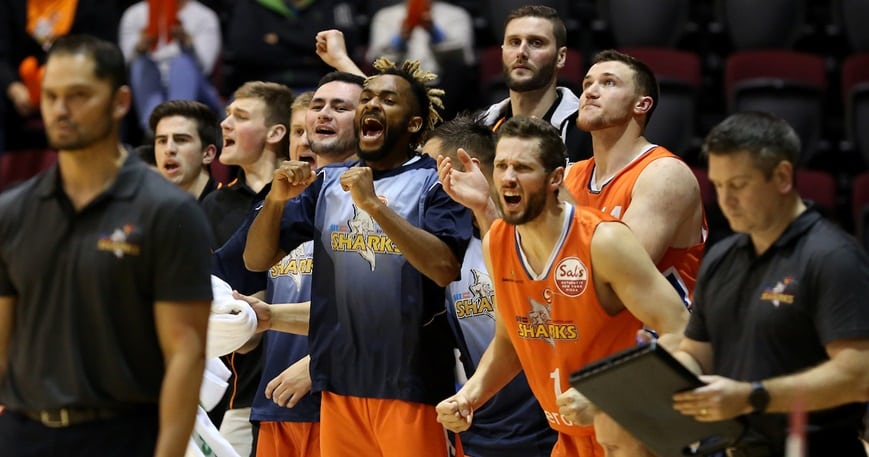 The SIT Zerofees Sharks have again ended a Cigna Saints winning streak with a 98-86 win.

In the opening round of the season, the Sharks ended the Saints historic 24 game winning streak, and tonight a strong first half performance was enough to end the Saints streak of 10.

Reuben Te Rangi has been relatively quiet offensively this season, but tonight he stepped up big against the defending champs, with 19 points on 8-for-11 shooting. Southland also welcomed back Alex Pledger who missed the last two games with an ankle injury. Pledger grabbed a double-double of 16 points and 10 rebounds.

The Sharks came out firing in the first half and led by as many as 23 points. But Wellington would have a strong third quarter, closing to within six points. A 7-2 run by the Sharks would push their lead back up to double-digits heading into the fourth.

After returning from the NBA mini camp with the Dallas Mavericks, Shea Ili, had 26 points and seven assists. Ili had a battle with fellow Breaker point guard, Jarrad Weeks, who scored a team high 22 points.

Leon Henry had 22 points, Jordan Ngatai had 19, and Majok Majok had a double-double of 17 points and 16 rebounds for the Saints who drop to 10-2, and to second place behind the Mike Pero Nelson Giants (10-2).

Southland move to 8-3, and will be pleased that they have the tiebreak over the Saints which could play a important role in the final placings.