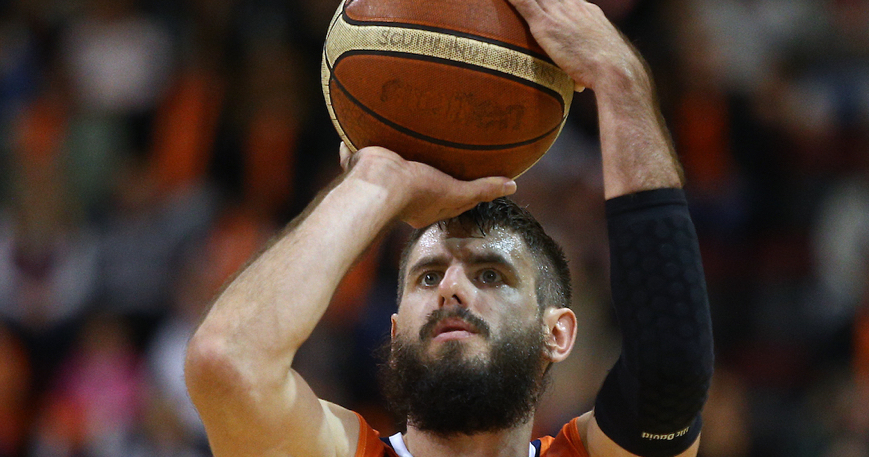 The SIT Zerofees Southland Sharks have kept their unbeaten run at home alive after toppling a persistent Mike Pero Nelson Giants side 112-102.

The game looked to have been over early following a 30-point first quarter from the hosts, but the Giants kept themselves in the fight right up and would only fall short in the closing.

Jarrad Weeks would be to go to guy for the Sharks for the entirety of the match, opening the game with 14 points in just over nine minutes on the court. Todd Blanchfield bet the buzzer with a desperation floater, putting the Sharks ahead 30-21 at the break.

The home team picked up right where they left off in the second, going on a 9-2 run to stretch their buffer out to 13 by the midway mark in the period. Weeks shot the lights out from beyond the arc and bump his tally to 22 by the quarter's end.

Points from Rhys Vague and Jordair Jett would keep the visitors afloat, but poor rebounding on the defensive end would allow for easy second-chance opportunities. Alex Pledger and Dominique Kelman-Poto capitalised on all the loose boards and drove their team to 63-46 half time lead.

A substantial gap in points saw the Sharks take their foot off the gas and leave the door open just enough for a Giants' resurgence. Jett led by example from the lead-guard spot, scoring 10 points in the quarter and getting his teammates involved to join in the fun. Kruz Perrott-Hunt chimed in five of his eventual 10 points to aid the Giants comeback and turn what was a 17-point deficit to eight going into the fourth.

The Giants were right on the Sharks tails early in the final period and threw all they could at the hosts to put themselves in a position to steal the win. But just like he had done all night, Weeks popped up to stifle any real run the visitors made to getting within a possession of the game.

The guard showed why he's in contention for the TAB MVP by scoring 13 straight points for the Southerners and capped it all off by icing the game from the charity stripe. He finished with a career-high and 2019 Sal's NBL-high 44 points, six assists and five rebounds, in what was the best individual performance in the Sal's NBL through five rounds. Alex Pledger was his usual self with yet another double-double (21 & 12) and Tom Vodanovich poured in 18 to go along with five boards and four assists on 100% from the three-point land.

Jett led all scorers in blue singlets with 32, while Vague fell one assist shy of a double-double with 20 and nine. Tyrell Harrison strengthened his case for the league's best dunking big man with a few more vicious jams and Perrott-Hunt was also lively as an impact player with 10 points, seven boards and five dimes.