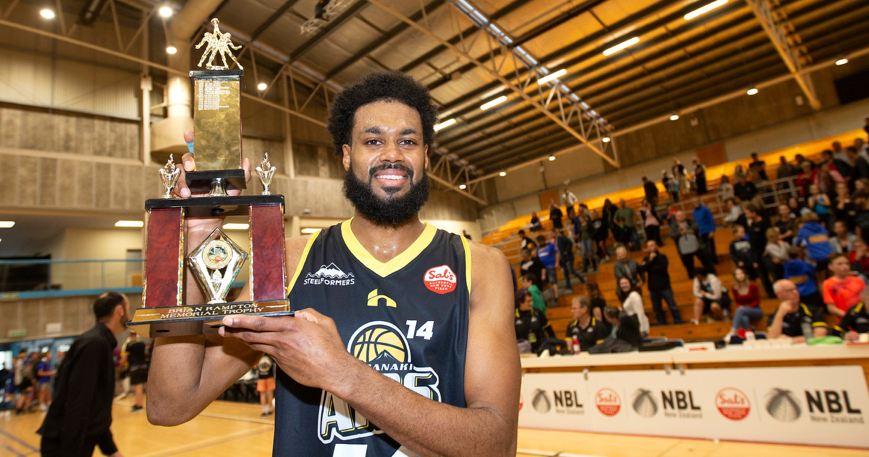 Sponsor Helps Mountainairs To Rise Up

The recent move by the Taranaki Mountainairs to publicly raise $30,000 to wipe out a historical debt has been successful after the team's Naming Rights Partner, Steelformers, offered to help the team reach its target.

After the community raised nearly $4,000 in quick fashion, Steelformers took their support of the team to a new level in an effort to "lead the way."

It's a move that Steelformers owner Brendon Back believes is as much about encouraging other local businesses and the community to step up and support the Mountainairs to help ensure the kids get to watch elite-level basketball, as others had done since 1985 when the Airs entered the national league.

"It's time for everyone to walk the talk and get behind this great team and the only way I can tell people to buy a membership, become a sponsor or buy a ticket to a game is to make sure I'm leading the charge," said Mr Back.

"The Airs fly the flag for our region in a sport that is played by so many boys and girls across Taranaki and I want those kids to have a team to support, role models to connect with and for their dreams and aspirations of playing in the national league to live on."

Mountainairs Chairman Laine Hopkinson is thrilled with the support from Steelformers and the community, and hopes others will show the same level of passion for the 34-year-old team.

"To step up and do this is such an amazing gesture by Steelformers, they are a true local company that cares about the community, and especially about the basketball community. To everyone else who contributed, thank you as well," said Hopkinson.

"Just like the league, the Airs are headed in a really exciting direction, we just needed a bit of help and a push. I just hope others come to the party now and rise up with us."

After visiting New Plymouth earlier this week to help support the Mountainairs, Sal's NBL General Manager Justin Nelson was delighted about the developments and to hear the Airs now talking about a positive future.

"This is great news, well done to Brendon and everyone at Steelformers for backing the Airs, for doubling down and showing us all just how important this team is to the region and community," said Nelson.

"I enjoyed catching up with Laine, Brendon, Coach Bublitz and other board members earlier this week, their passion is infectious, but it takes a lot of work and right now there are so many opportunities for people to get involved.

"The good news is the Airs aren't going anywhere, they're in and they want to thrive, they want to keep providing opportunities for talented young players and they want to put on a great show for the fans. I love that sort of attitude," added Nelson.

The Airs will soon release their 2020 schedule and start selling memberships.

"Steelformers have helped us rise up, now we need others to help take the Airs to the NBL summit," added Hopkinson in a very apt way to describe the job ahead.