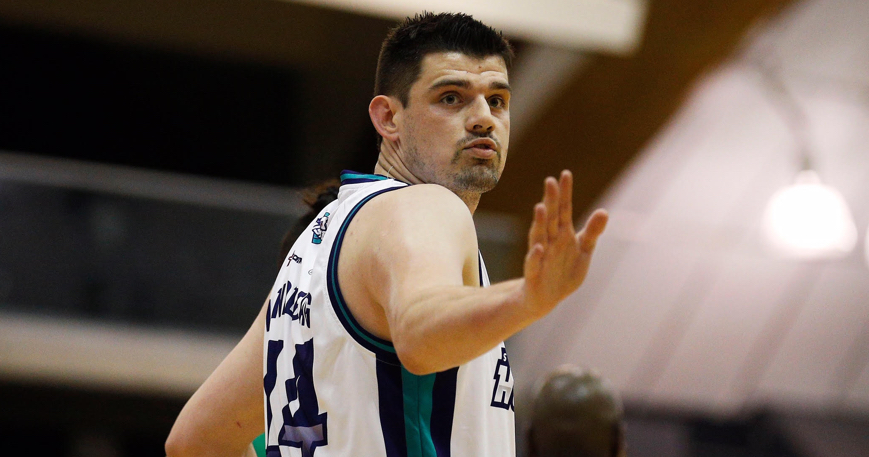 Stop The Press | Drama-Filled Night As Huskies And Sharks Win

The Sal's NBL reached fever-pitch at times on Thursday night as round two welcomed the Southern Huskies to the league for their first game, and what a game it was.

Up against the Manawatu Jets, the visiting Huskies put a gruelling travel schedule behind them to somehow manufacture a gripping 100-99 win, made all the sweeter given they were down by as much as 13-points at one stage.

After Craig Moller draining a couple of free throws to become the first ever Huskie to score in the NZ NBL, the game opened up into an enthralling contest. The Jets took a 21-17 advantage into the first break, but at times this game was basket-for-basket and it was anyone's guess which way it would go?

Kuran Iverson (25pts, 10rbs) looked sharp early for the Jets, he settled in well and appeared to be enjoying the up-tempo nature of the game, while Taane Samuels (23pts, 9rbs) once again showed his emergence as a quality young player set to turn more than a few heads this season.

Up by 6pts at the half, and then out to 13pts midway through the third period, it appeared as though heavy legs from their travel was starting to take a toll for the Huskies, but that's when Tre Nichols (30pts), Craig Moller (27ps, 17rbs) and Jalen Billups (26pts) got the show humming along.

The three import Huskies went up a notch down the stretch and together scored 83pts of the teams 100-point haul.

Up by 3pts with seconds to play, the Huskies watched in anguish as Manawatu's Kuran Iverson was fouled on a shot from beyond the arc. Needing to hit all three shots from the line to tie the game, Iverson missed the first before sinking the next two.

The Huskies then did the unthinkable and turned the ball over, leaving the Jets with a shot to snatch a win, a shot that Wally Ellenson couldn't land from range.

A relief for the visitors, but more importantly a first-up win that had (seemingly) half of Tasmania celebrating on social media.

The Huskies will have little time to celebrate as they head to Wellington in the morning to prepare for a clash with the Saints. For the Jets, it was a case of so close yet so far.

In Nelson, the Southland Sharks shook off a terrible start to storm home and get the win over the Giants, 100-91. In a great game to watch, both teams ensure the highlight reel was left filled to the brim.

The Giants look unstoppable in the opening five minutes of the game, racing to a 17-point lead as they landed blow after blow.

Clearly shaken, the Sharks re-grouped and started to chip away at the deficit, the experienced heads within their star-studded unit slow but surely fighting their way back to reduce the margin to 5-points at the first break.

It took six players in double digits to get the job done for the Sharks, capably led by Mitch McCarron (20pts) and Hyrum Harris (18pts) with a quality game off the bench. They were joined by Tom Vodanovich (17pts), Todd Blanchfield (14pts) and Alex Pledger and Jarrad Weeks with 12pts each.

For the Giants, who showed some terrific signs of just how competitive they will be this season, Jordan Jett (23pts) and Rhys Vague (23pts) led the way, while Daniel Grida threw down a couple of big dunks on his way to 20pts.