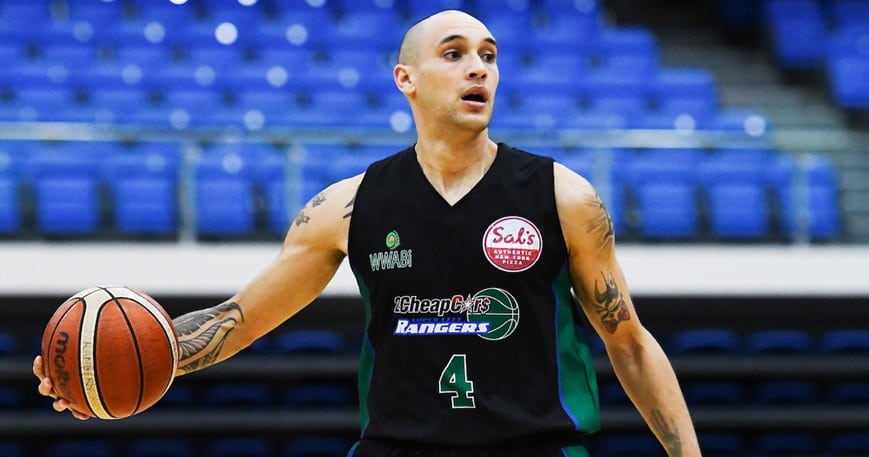 Lindsay Tait has grabbed a win in his 300th NBL game as the 2 Cheap Cars Supercity Rangers beat the Augusta Airs 93-86.

Tait had 10 points, seven assists and six rebounds for the Rangers who finally got their first win of the season, ending their nine game losing streak.

Tonight, the Rangers were much improved on the defensive end, in particular the first three quarters when they led by as many as 17 points.

But Taranaki made a fight back in the fourth quarter with an 11-3 run to start the period thanks to back to back three’s from Burton. Taranaki would close to within two points, but the Rangers were able to regroup and make key plays down the stretch.

Rookie forward, Dominque Kelman-Poto, was dominant inside the paint tonight, tallying 26 points and 15 rebounds. Marcel Jones also grabbed a double-double of 25 points and 12 rebounds. Rangers had the services of shooting guard, Clay Wilson, who added 22 points.

Taranaki forward, Roger Woods, was outstanding through the first three quarters with 29 points, but his night was cut short, fouling out in 25 minutes. Javonte Douglas added 20 points and 14 rebounds, and after quiet first halves, Houston O’Riley (12 points) and Burton (11 points) gave the Airs needed offense in the second.

It is the fourth straight defeat for the Airs who drop to 2-7, and with the top five teams currently above .500, it will be a difficult proposition for them to secure a semi-final spot.