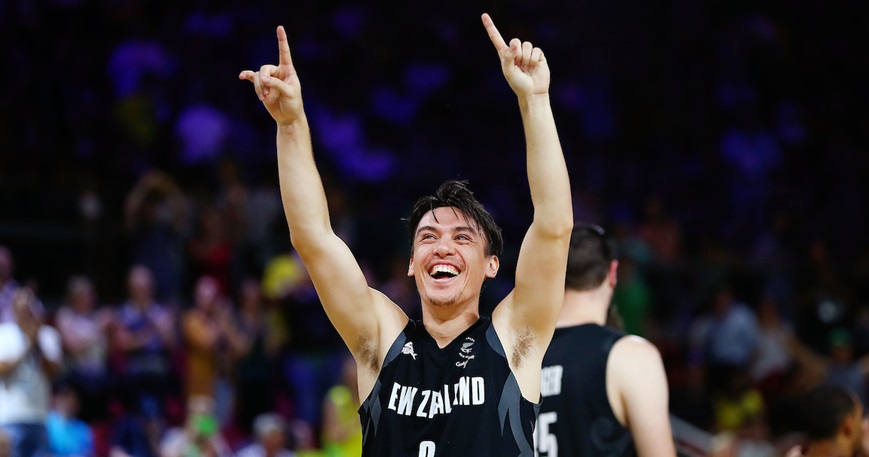 After three years with the SIT Zerofees Southland Sharks and a Championship winning season last year, Derone Raukawa has decided it’s a good time to take a leadership role with the Taranaki Mountainairs.

“This is an exciting signing for this group. Derone is a quality point guard who can help provide direction and energy. Coupled with Houston O’ Reilly the team will have a quality floor general at all times. I am delighted to have such depth at the point guard position. I am looking forward to working alongside Derone and am sure he will fit in well with the group we are putting together,” says Coach Bublitz.

Raukawa is currently back home in Tauranga working for a local fabrication business. Speaking on the phone during his ‘smoko’ break, Raukawa said he’s looking forward to putting on a show for the Taranaki locals.

“I was watching the Breakers play there on TV and looking at the crowd just thinking it’s going to be great to get over there.

“Coach Dave Bublitz has also been around and I’ve known him for a long time. My Dad was on tour with Dave and coached with him, so I trust him and we’re already having long talks about what we want this team to look like and about building our roster. We’ve got a number of guys in the team that I’m looking forward to stepping on court with.

“Alonzo Burton will be back. We played a couple of years in the New Zealand Select team together. And my first NBL season was with the Manawatu Jets and Alonzo Burton and I played together then. Houston is also there, which is great, so I reckon we can make some waves.”

Raukawa says it’s not easy leaving a team like the Sharks after what he said was a formative three years, but the timing was perfect in his mind.

“I think my time was done at the Sharks. It’s a good time to look for new opportunities by finishing on a Championship, and moving to the Airs is a place that I can lead a team on my own.

“My time with the Sharks will always be firm in my mind. I posted on the Sharks Facebook page how much I loved it there. That community and the basketball support there is one of the best. My girlfriend is also down there, so I have ties to the place.”

Last year, Raukawa was playing behind the inform Jarrad Weeks for most of the Sharks Sal’s NBL season. That was until Weeks struggled late in the season with injury and had to sit out the majority of minutes for the Sal’s NBL Final Four weekend. The Sharks looked to Raukawa.

“Yeah Jarrad was injured and it was known that I was going to step in. I wasn’t going to let that slip and I was ready to play for the boys and get that ’Ship.”

And play he did, with 16 points and taking on Tall Black starting Point Guard and 2018 MVP Shea Ili. Raukawa didn’t hold back and played a huge role in securing that 2018 title for the Sharks.

“I look back at that tape of that game and once we won, you can see I didn’t know how to react. It was one of the best feelings. We had to leave on the NZ Select Tour the next day, but will still managed to find time to celebrate the win. That will go down as one the best Championships.”

Raukawa will move to New Plymouth in March to step on court with the squad and prepare for the Sal’s NBL tip-off on April 11.