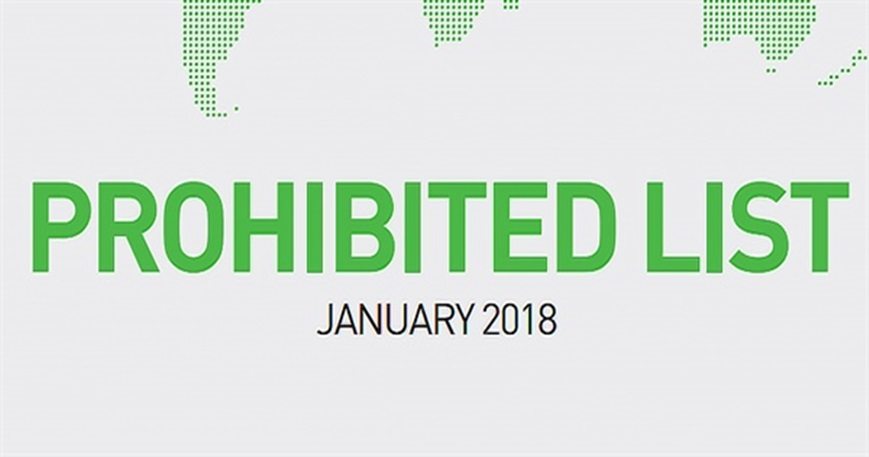 On 1 January 2018 the updated World Anti-Doping Agency (WADA) Prohibited List for 2018 will be enforced. The updates see a number of changes which can be read on the Drug Free Sport New Zealand (DFSNZ) webpage here.

It’s important for all basketballers to be aware of their obligations to ensure they are not taking any substance that may be on the WADA Prohibited List. Basketball New Zealand works with DFSNZ to ensure our athletes receive education and are pointed to the DFSNZ resources and information outlining their obligations. This includes seminars for our NBL and WBC players, as well as our age-group national representative teams. We also push material out through our tournament programmes. But recently two basketball players have been found to test positive.

This week, former NZ NBL player Gareth Dawson was banned from all sport for four years after testing positive for the prohibited substance Higenamine, in what is his second anti-doping rule violation. (To read the Sports Tribunal of New Zealand decision, please click here.)

And in early November, NZ NBL player Jordan Mills was banned from all sport for 12 months after testing positive for prohibited asthma medication terbutaline (otherwise known as Bricanyl). (Read the ruling here).

It is perhaps Mill’s case that is an especially important lesson for other players, because Mills was unaware his medication was prohibited. This was acknowledged by the Sports Tribunal, but ultimately it was Mill’s responsibility to be aware of what is prohibited. Mills promptly admitted intermittently using the inhaler, which contained a prohibited substance, for an ongoing asthma condition. He had also attended Drug Free Sport New Zealand (DFSNZ) education seminars, one as recently as March 2017. Although Mr Mills was disappointed, he made it clear in a statement that he accepted the ban is a result of his failure to personally check if his medication was permitted under the WADA Code.

“It wasn’t good enough that I simply relied on my doctors to ensure that any medications I was prescribed were permitted under the WADA Code,” Mr Mills says. “I should have personally checked my medications and had I done that, I would have known I needed a TUE (Therapeutic Use Exemption) or to use a different asthma medication,” said Mills.

“It’s disappointing, and I think unfair, that I end up with a ban for legitimate asthma medication longer than many athletes who test positive for illegal substances such as marijuana, but I guess that highlights the importance of checking these things yourself and not relying on others or assuming things will be okay,” he said.

DFSNZ chief executive Nick Paterson said at the time that it’s disappointing when an athlete who was not intentionally doping is banned from sport for not doing the basics expected of someone competing in a national competition.

“Mr Mills should have known better, having attended an anti-doping education seminar earlier this year and having competed in the NBL for a number of years in New Zealand. He has been tested before and knows about the resources available to him.

“Our role at DFSNZ is to uphold the World Anti-Doping Code, and athletes and their support personnel need to do their part too, fulfilling their responsibility to check every year whether or not their medication is permitted in sport.

“We can’t reiterate enough how important it is for athletes to check and double check every supplement which they are thinking of taking. Manufacturers do not always list all ingredients on the label.

“And even if the ingredients are listed, it is the athletes’ responsibility to check that they are permitted in sport. This is especially important with the new Prohibited List coming out on 1 January 2018,” said Mr Patterson.

You can read more about your anti-doping obligations as a player on the Basketball New Zealand Anti-Doping page, which includes information on the Prohibited List, anti-doping rules, medications, supplements, the Athlete Whereabouts Programme, testing and where you can find help and resources.

The most important rule for athletes to remember is that if you are not 100% sure, don’t take it until you check with Drug Free Sport NZ and ensure it is not on the Prohibited List.