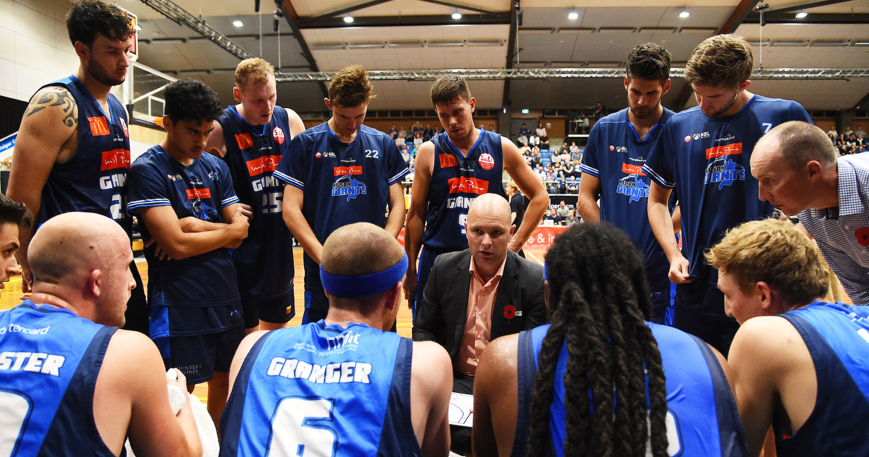 Tell Me Why My Team Will Win?

Everyone is always looking for a reason why their team will get up and win, so let's take a look at the reason why your team could win their game this round.

Why can the Giants win?

Home Court - It's Nelson fourth straight home game, they are yet to step foot outside their lovely home town, and that's a good reason to chalk up another win here against the visiting Rangers. Other than a R2 blemish to the Sharks, a game in which the Giants led for most of it, the lads from Nelson have shown in wins against the Airs and Jets that they can finish strongly on their home deck and close it out for the win.

Why can the Rangers win?

The Big Three - The Supercity Rangers have a three-headed monster that when firing, all on the same night and all at the same time, wins are more likely to fall their way. Venky Jois, Tim Quarterman and Nnanna Egwu will all need to be at their best against the Giants - do that and they are a chance at scooping a win.

Why can the Huskies win?

Feeling Fresh - Since a R2 27-point drubbing in Wellington, the Huskies have now spent the best part of a fortnight back on home soil, they've added Bryan Michaels and Marcel Jones, they have removed the startled 'new kids on the block' look off their faces and will take a 'nothing to lose, everything to gain' approach to this game.

Why can the Saints win?

Deep & Stacked - The Saints sit at 4-0 and have an averaging winning margin so far of just under 23pts. They are yet to be tested, they are the league's deepest team and they are stacked. Is that enough reasons to mark this down as another win?

Why can the Jets win?

History - Pretty simple, they did it last season, so why not this season? The Jets have been competitive, yet they are still without a win. Young and full of energy, the Jets will be hoping to catch the Sharks napping on the back end of a road double. Wally Ellerson will do his thing, but if Daishon Knight in his second game back can also deliver then the Jets are a chance.

Why can the Sharks win?

Experience - Experience counts for a lot in basketball and when you have Alex Pledger at the wheel you know the ship is heading in the right direction. Though the traveling Sharks have had a tough week on the player front with injuries and illness, they head to Palmerston North after a good win at Taranaki and a workmanlike attitude that always has them in the game. Weeks, Kendle, Blanchfield, Vodanovich and Pledger - it's a unit that will be hard for the Jets to crack.