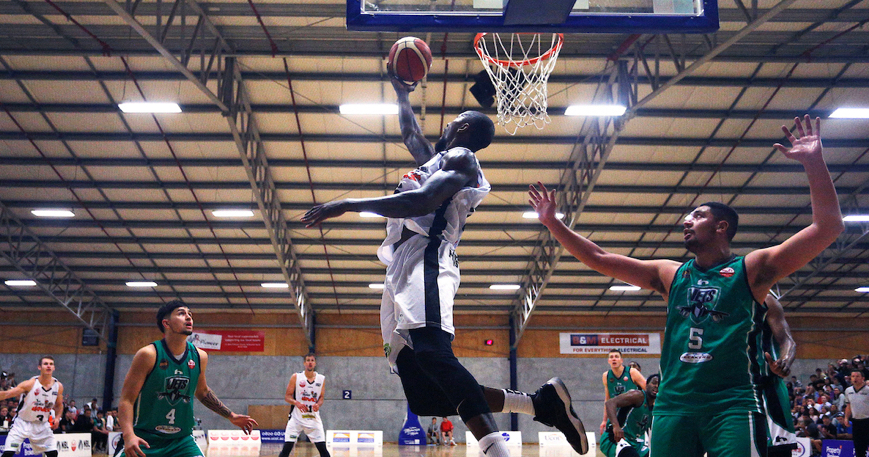 The Brandon Bowman Numbers That Can’t Be Ignored

The addition of a player into a team within a basketball season can sometimes be fraught with danger, but in the case of experienced forward Brandon Bowman at the Hawke’s Bay Hawks it has so far been nothing but the sweet smell of success.

In the space of just nine days, Bowman has been thrust into action for the Hawks and has delivered big time. In that stretch, the Hawks have obliterated the Airs (37pts), Giants (20pts) and Jets (27pts), his team going on a scoring rampage with an average of 119pts per game.

Bowman’s own numbers are also super impressive, the explosive forward going at 23.7 points @ 65%, while also adding 8.7 rebounds, 2.7 assists, 1.3 steals and 2 treys per game, while delivering an equally impressive 13/14 from the charity stripe at 92.9%.

In The TAB MVP voting, Bowman has raced to 23 votes and already sits inside the top 15 players. This after just three games, while players above him have played as many as eight games.

With the Hawks now fully healthy and Bowman turning heads at a rapid rate, are we starting to see the emergence of a genuine title contender? Sitting outright second on the ladder, the Hawks now face the Sharks in another big battle this Thursday night.

How brightly with Brandon Bowman shine under the Thursday Night Lights this week? Chances are he’ll shine very brightly!