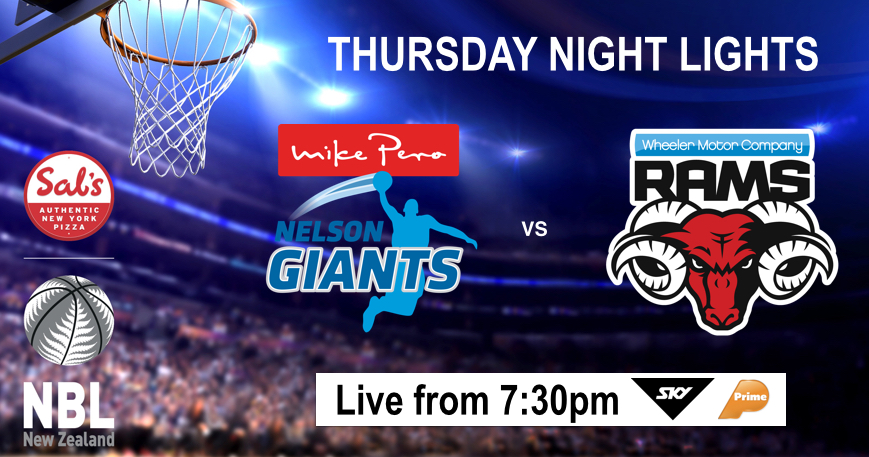 The Nelson Giants are out of the running for the Final 4 but that will the furthest thing from their mind when they host the Canterbury Rams in the R12 dose of Thursday Night Lights in the Sal's NBL.

Interestingly the Giants (6th) are coming in off a win in R11, while the Rams head to Nelson coming off a split weekend that delivered a win at home to the Airs prior to a narrow 80-84 loss in Wellington against the Saints.