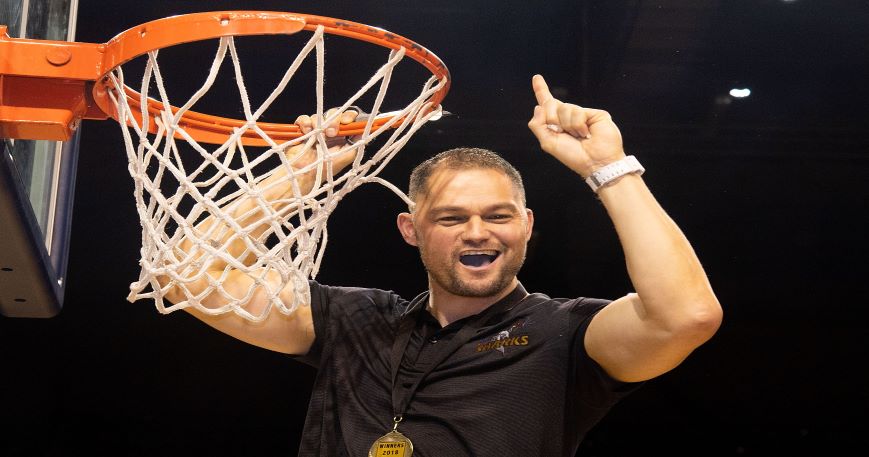 The Sal’s NBL is getting closer to changing its finals format with the league confirming this season’s Final 4 could be the last time the format is used.

Played across one weekend at the same venue, the Final Four has been a much-loved season finale for many years, but its popularity is quite often dependant on the host city’s team being involved in the on-court action.

Last season Wellington hosted the Final Four and enjoyed big crowds as the home-town Saints made the Grand Final, which turned out to be a thriller against the Championship-winning Southland Sharks.

According to League General Manager Justin Nelson, there is a growing level of support from the teams to move to a Final Five in 2020 with finals being played on the finalists home floors. The shift would see home teams enjoy bigger support from fans and, potentially, sell-outs across the finals series.

Importantly, the touted new format would also lift revenue for those involved, a move Nelson says is a vital piece of the competition’s recently released 2023 Growth Strategy.

“A change has been discussed openly by the teams in recent weeks and we are very much on the path towards a final-five system that’s played out over three weeks in season 2020. At this stage I wouldn’t expect full details to be confirmed or released until later in the year,” said Nelson.

“Under the 2023 Growth Strategy we have adopted a fans-first focus and they, the fans, want to see their team in action, especially come finals. This potential change to the finals format will make the biggest games of the season more accessible.

“The potential new system would involve six games with teams being rewarded for where they finished on the ladder, all being played on the home courts of teams. It’s a really exciting opportunity for the fans and their home cities to get behind. We want to see full arenas with electric atmospheres.

“The new system was recently raised with the teams and there is a favourable push to look at introducing a final-five system in 2020. That’s the path we are heading down,” Nelson added.

Excitingly, Nelson also said the fans won’t have to wait long to find out where this year’s Final Four will be held.

“We are very close to deciding on the venue for this year’s finals, which is shaping up as the last time the Sal’s NBL has finals under its current format,” said Nelson. “We will work quickly to get tickets on sale and we would expect those looking to be a part of history will snap them up quickly. We are planning a major celebration of basketball and possibly the last chance to see the Sal’s NBL finals on the one weekend at the one venue.”